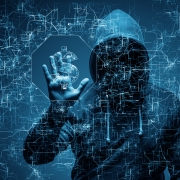 As this year winds down, it is important to spend a little time reflecting on the 2019 identity crimes, some of the things that went right in 2019 and the things that did not go as well. This is true for so many subjects, especially identity crime – which includes scams, fraud, data breaches, cybercrime and all of the other types of crimes that go with it.

As in previous years, this past year has been a big one for these kinds of crimes. Tech users are still feeling the aftermath of things like the Facebook/Cambridge Analytica privacy debacle that was uncovered last year; Congress is still at work on what to do about consumer privacy in the social media age. Also, the news that phishing attacks more than doubled last year over the year before had researchers, businesses, lawmakers and consumers alike paying closer attention to the messages they receive.

Fortunately, new legislation has come along to make our privacy lives a little safer. The General Data Protection Regulation (GDPR) regulations went into effect in Europe last year, for example, and they inflict strict penalties on businesses that gather and store data but let it fall into the wrong hands. New laws in California and Colorado will be taking effect soon, intent on strengthening privacy and consumer choice. Best of all, the awareness of what constitutes these kinds of crimes and how to recognize them is increasing.

However, this welcome news does not mean that consumers are safe or that hackers are finally giving up. With every new platform, tool or technology, there is even greater potential for new avenues of attack. Healthcare providers and insurance companies continued to be one of the hardest-hit targets this year, thanks to the overwhelming amount of personally identifiable information (PII) they gather. “Accidental exposure” breaches were a common 2019 identity crime for major-name companies, which happens when businesses store huge databases of private information – in an online server then fail to password protect it as an example. Even our entertainment was not safe, as many apps and online gaming portals suffered data breaches that were traced back to reusing passwords on multiple sites.

2019 did not just see a lot of large data breaches, but settlements as well.

In July, Equifax reached a $700 million settlement for harms caused by their data breach. Equifax agreed to spend $425 million to help victims of the breach, leading to lots of discussion on how to file a claim.

While the Equifax settlement was the largest in data breach history to date, Facebook blew it out of the water just two days later, as they were ordered to pay $5 billion. After the settlement, Facebook said it required a “fundamental shift” in Facebook’s approach at every level of the company in terms of their privacy.

A month and a half later a Yahoo data breach settlement was proposed for $117.5 million after over three billion Yahoo accounts were exposed. Identity Theft Resource Center CEO, Eva Velasquez, stated in a media alert that the settlement trend is moving the needle in the right direction for both consumers and victims. However, that was not without its challenges, including putting the onus on the consumer to tell the settlement administrators how they were harmed and provide proof of it.

This past year the Identity Theft Resouce Center also recorded 10,000 publicly-notified data breaches since 2005. As part of the milestone, the ITRC took a look back at some of the top breaches the last 15 years as part of our 10,000 Breaches Later blog series.

While data breach fatigue is a recognized phenomenon, one that can occur when consumers are bombarded with constant news about their data being compromised, the flip side is the kind of paranoia that makes you want to unplug and go live off the grid. However, neither of those is the solution. What does work is an awareness of the threat and some good privacy habits to prevent crimes like the 2019 identity crimes:

Remember, you are not responsible for the criminal behaviors of a hacker. However, you can take steps that reduce your risk of becoming a victim and help minimize the damage if the worst does occur. The Identity Theft Resource Center is always here to help. Call us toll-free at 888.400.5530 or live-chat with one of our advisors.

Exercise Car Safety to Avoid Leaving Your Identity Behind

An Invitation to Celebrate 20 Years Together at the ITRC