Average Cost of a Data Breach in the U.S. Rises Despite Decline in Number of Breaches - Identity Theft Resource Center
Blog - Latest News 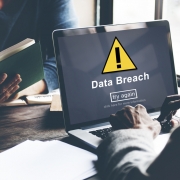 Another week has gone by, and there are new data compromises for the Identity Theft Resource Center (ITRC) to educate businesses and consumers on. Since 2005, the ITRC has tracked publicly-notified U.S. data breaches and has tracked over 10,000 breaches since then; more recently, using 25 different information fields and 63 different identity attributes that are updated daily. On last week’s Weekly Breach Breakdown, we talked about the market price for consumer data in the dark corners of the internet where identities are bought and sold. This week, we are looking at the average cost of a data breach exposed to the public. We will also talk about the latest data breaches that reflect the trends in the new research.

The 15th IBM Report on the average cost of a data breach was recently released, conducted by the Ponemon Institute. Reflecting some of the same trends the ITRC has reported, the IBM study shows that the global average cost of a data breach has dropped to $3.8 million – with the average being defined as a breach of 100,000 records or less. That is a drop of nearly a half-million dollars.

However, when you focus on the U.S. alone, the average cost of a data breach has gone up almost the same amount to an average of roughly $8.6 million. That continues the long-term trend of costs steadily increasing beyond the rate of inflation since 2005.

In regards to the calculation of the cost, costs include the following:

Lost revenue is the single largest component at 40 percent of all breach-related costs. With all of that said, what is not included are the expenses associated with fixing the problem that caused the breach in the first place, and the changes needed to ensure it does not happen again. While it stands to reason that the bigger the breach, the bigger the costs, they are exceptionally bigger – 100 times bigger – if the number of records compromised is over one million records. If a data breach of 100,000 U.S. records costs $6.8 million, a one million record event could cost close to $900 million.

According to the IBM report, the number one cause for data breaches in 2020 at 19 percent is lost and stolen credentials – logins and passwords – which is also tied with misconfigured cloud environments. In other words, someone forgot to add the password to the cloud account, leaving information exposed on the web for anyone to see. Unpatched software accounts were in third place at a little over 15 percent, while malicious employees accounted for only seven percent of breaches reviewed by the Ponemon Institute. It is also worth noting that some security and human resource experts believe the number of attacks will only go up if pandemic-related layoffs increase.

Other key findings from the 2020 IBM Report regarding the average cost of a data breach include:

Looking back at the top breaches this past week, Nintendo, the company that gave us Donkey Kong Mario Brothers, was the victim of a cyberattack where thieves dumped a large amount of data onto the web. While there was no personal information exposed, screenshots and prototypes of games were posted online. The Nintendo data breach reflects the IMB report’s findings that company intellectual property is also a target for cybercriminals. Intellectual property theft can have a significant impact on a company’s business performance.

A recent Garmin ransomware attack shut down customer access to multiple products and services, as well as manufacturing. It took Garmin, which makes GPS devices and fitness trackers, nearly a week to publicly acknowledge the attack, and services are still in the process of being restored. According to Garmin, no consumer information was compromised, and the ransomware involved is not known to steal data. Rather, the ransomware used in the Garmin ransomware attack is known just to hold data hostage.

Finally, there’s Drizly, the popular service for ordering adult beverages for delivery. The company was hacked, and information from an estimated 2.5 million accounts was placed into the dark web’s identity marketplaces. According to Drizly, no payment information or other sensitive customer data was breached. However, the cybercriminals say otherwise and are selling the stolen data for $14 per account. That makes all of the information worth at least $35 million.

For more information about the latest data breaches, people can subscribe to the ITRC’s data breach newsletter. Also, keep an eye out for the ITRC’s new data breach tracker NotifiedTM. It is updated daily and free to consumers. Businesses that need comprehensive breach information for business planning or due diligence can access as many as 90 data points through one of the ITRC’s three paid subscriptions. Subscriptions help ensure the ITRC’s free identity crime services stay free. Notified launches in August.

If someone believes they are the victim of identity theft or believes their information has been compromised in a data breach, they can call the ITRC toll-free at 888.400.5530 to speak with an expert advisor. They can also use live-chat. Finally, victims of a data breach can download the free ID Theft Help app to access advisors, resources, a case log and much more.

Join us on our weekly data breach podcastto get the latest perspectives on the last week in breaches. Subscribe to get it delivered on your preferred podcast platform.