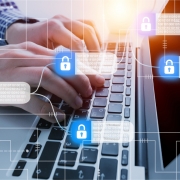 While data breaches of any kind are alarming enough, a business data breach that can leak information from an open database relating to national security can be very scary. For example, the Office of Personnel Management breach in 2015 leaked the complete identities, sometimes including background checks, fingerprints and even information pertaining to security clearances, for about 21.5 million people who work for or are related to an employee of the U.S. government.

A data breach of a hotel chain reservation system might not seem as significant as the OPM breach, but in its own way, it could be. Autoclerk, a reservation management system used by the Best Western Hotels and Resorts company, was the target of a breach of an open database that leaked names, addresses, birth dates, obscured credit card information, dates of reservations and even room numbers for thousands of people. In total, there are expected to be hundreds of thousands of individual reservations in the cache of data.

Hotel reservations might not seem that serious, but any data breach of government records is a notable event. It is especially troubling when many of these guests are military or government personnel traveling on official business. The information pertaining to locations, dates and names could prove useful to someone with an interest in it. The data from the open database contained past travel arrangements and upcoming scheduled trips for officials in the military and the Department of Homeland Security. The government records even reportedly included the names of officials who have scheduled trips to Russia and Israel, among other places.

What is worse is that the information from this data breach was discovered online with no encryption. Anyone who had reason to look for it could locate it and sift through its contents.

This is the kind of event that should serve as a wake-up call to anyone who uses technology. There is no such thing as a “foolproof” system that can keep every hacker out. It is up to individuals to do their part in keeping outsiders from finding out too much about their personal information and their activities. Protecting your information and your sensitive details should be paramount when operating any type of technology.

Worst Places in the U.S. for Identity Theft