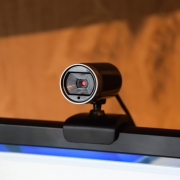 A recent CAM4 data exposure left nearly 11 billion records exposed. A team of researchers uncovered the leak by CAM4, an adult streaming website. According to komando.com, it is estimated that just over 6.5 million of those records were from users in the U.S. The information leaked in the CAM4 data exposure included full names, email addresses and payment logs. The database was immediately taken down by parent company Granity Entertainment once the CAM4 data exposure was discovered. However, the logs appear to have been exposed since March 16.

According to the researchers in an article published by Security Boulevard, a large amount of email content came from popular domains like Gmail, Hotmail and iCloud, domains that offer supplementary services like cloud-storage and business tools. That could mean that compromised CAM4 users might see large volumes of personal data (photographs, videos and related business information) leaked to hackers.

CAM4 is not the only adult website to have a large amount of user information exposed or breached. In August 2015, Ashley Madison, a “hookup” website, had its website infiltrated by hackers, who stole 37 million account holders’ names and then released them online.

If fraudsters get a hold of the CAM4 user information, they could send sextortion scams, emails that claim to have inappropriate videos or pictures of the users, with threats to leak it if a ransom is not paid. If anyone affected by the CAM4 data exposure receives a similar email, it is probably a scam and should be ignored.

While those affected by the CAM4 data exposure are at an increased risk of receiving sextortion scams, it is not just important that the emails are ignored; it is equally important for people not to click any links, open any attachments or download any files associated with the email. Victims should also change the password to their account and the password of any other accounts that might share the same password. If anyone believes they have been affected by the CAM4 data exposure, they can live-chat with an Identity Theft Resource Center expert advisor. They can also call toll-free at 888.400.5530. Advisors can help potential victims created an action plan that is personalized to them.