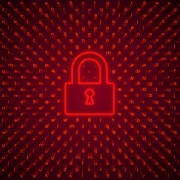 Of all the data breaches the Identity Theft Resource Center (ITRC) tracked in November, three stood out: Canon, WildWorks – Animal Jam, and Vertafore. All three data events are notable for different reasons. One highlights a trend and prediction made by the ITRC; another shows transparency by the company throughout the process; the third leaves 28 million individuals’ driver-related information exposed.

It is unknown how many people are affected by the Canon data breach. However, files that contained information about current and former employees from 2005 to 2020, their beneficiaries, and dependents were exposed. Information in those files included Social Security numbers, driver’s license numbers or government-issued identification numbers, financial account numbers provided to Canon for direct deposit, electronic signatures and birth dates.

Canon is just one of many companies that have been hit with a ransomware attack. As the ITRC mentioned in its 2021 predictions, cybercriminals are making more money defrauding businesses with ransomware attacks and phishing schemes that rely on poor consumer behaviors than traditional data breaches that rely on stealing personal information. As a result of the ransomware rise, data breaches are on pace to be down by 30 percent in 2020 and the number of individuals impacted down more than 60 percent year-over-year.

WildWorks has been very transparent throughout the entire process. The company provided a detailed breakdown of the information taken in the Animal Jam data breach, how the data event happened, where the information was circulated, whether people’s accounts are safe and the next steps to take. The ITRC believes WildWorks has set an example of how other businesses should share information with impacted consumers after a data breach.

Vertafore, a Denver based insurance tech company, recently discovered three files containing driver-related information were posted to an unsecured online storage service. The files included data from before February 2019 on nearly 28 million Texas drivers. Vertafore says the files have since been secured, but they believe the files were accessed without authorization. To learn more about this data breach, read the ITRC’s latest blog, and listen to our podcast on the event.

Unfortunately, companies continue to leave databases unsecured, which is tied with ransomware as the most common cause of data compromises, according to IBM. Consumers impacted by the Vertafore data event need to follow the advice given by Vertafore and the Texas Department of Public Safety.

For more information about recent data breaches, consumers and businesses should visit the ITRC’s data breach tracking tool, notifiedTM, free to consumers. Organizations that need comprehensive breach information for business planning or due diligence can access as many as 90 data points through one of the three paid notified subscriptions. Subscriptions help ensure the ITRC’s identity crime services stay free.

If you believe you are the victim of an identity crime or your identity has been compromised in a data breach, you can speak with an ITRC expert advisor at no-cost by phone (888.400.5530) or live-chat. Just go to www.idtheftcer.org to get started. Also, victims of a data breach can download the free ID Theft Help app to access resources, a case log and much more.