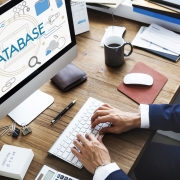 August was another month full of data breaches, all tracked by the Identity Theft Resource Center (ITRC). Since 2005, the ITRC has compiled publicly-reported U.S. data breaches as part of our data breach tracking efforts. The ITRC tracks both publicly reported data breaches, and data exposures in a database containing 25 different information fields and 63 different identity attributes that are updated daily. Of the recent data breaches in August, Cense.Ai, Freepik and ArbiterSports are three of the most notable.

A recent Cense.Ai data exposure led to almost 2.6 million records, including sensitive data and other personally identifiable information (PII), accessible to anyone on the web. According to TechNadu, a database containing names, dates of birth, addresses, insurance records, medical diagnosis notes, clinics, insurance provider details, accounts, payment records and more was left online due to an error.

Security Researcher, Jeremiah Fowler, found two folders containing the sensitive data and managed to remove the port from the IP address of the Cense’s website. Fowler found that all individuals listed had been in a car accident. In most cases, there was also information like policy numbers, claim numbers and the date of the accident.

According to PCMag, Cense.Ai has not commented publicly about the exposure, and the company did not immediately respond to PCMag’s request for comment. Anyone affected by the Cense.Ai data exposure should monitor all of their accounts for any suspicious activity. If you find anything out-of-the-ordinary in your records, contact the appropriate company and take additional action if needed.

Freepik is a website that provides access to high-quality free photos and design graphics. In mid-August, the popular site announced that they suffered a data breach. According to the company’s statement, there was a breach from a SQL injection in Flaticon that allowed an attacker to get user information from their database. A little more than eight million users were affected. 4.5 million users had no hashed passwords due to exclusively federated logins (through Google, Facebook, etc.), and the hacker only obtained their email address. However, the additional 3.8 million users had both their email addresses and hashed passwords stolen. Freepik says they have taken extra measures to reduce their risk of a similar attack in the future. The company is also in the process of notifying all affected users.

Users who had their passwords stolen in this recent data breach should change their password and the password of any other accounts that share the same password. Also, switch to a nine to ten-character passphrase. They are easier to remember and harder for hackers to guess.

ArbiterSports is used by many for end-to-end activities management solution. However, some users of the officiating software company were notified of a data breach that exposed account usernames and passwords, names, addresses, dates of birth, email addresses and Social Security numbers. According to the company’s notification letter, ArbiterSports recently detected unauthorized access to certain devices in their network and an attempt to encrypt their systems.

After an investigation, the company learned the unauthorized party obtained a backup copy of a database made for business continuity reasons. The database contained PII for over 539,000 users. While ArbiterSports was able to prevent their devices from being encrypted, the unauthorized party still demanded payment in exchange for deleting the files. The two reached an agreement, and the files were deleted.

ArbiterSports is offering a free one-year membership of Experian’s IdentityWorks Credit 3B to detect possible misuse of personal information and to provide identity protection focused on identification and resolution of identity theft. Anyone affected should also change their username and password, as well as the username or password of any other accounts that share the same credentials.

For more information about recent data breaches, consumers and businesses should visit the ITRC’s new data breach tracking tool, notified. It is updated daily and free to consumers. Organizations that need comprehensive breach information for business planning or due diligence can access as many as 90 data points through one of the three paid notified subscriptions. Subscriptions help ensure the ITRC’s identity crime services stay free.

Contact the ITRC If you believe you are the victim of an identity crime, or your identity has been compromised in a data breach, you can speak with an ITRC expert advisor on the website via live-chat, or by calling toll-free at 888.400.5530. Finally, victims of a data breach can download the free ID Theft Help app to access advisors, resources, a case log and much more.

Read more of our latest breaches below

Fortnite Gaming Data Being Sold for Hundreds of Millions of Dollars Per Yea...