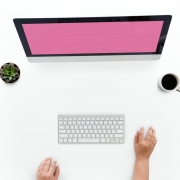 When the public hears about the latest data breach, they might envision a network of hackers working in the dark web. The reality, though, is sometimes a lot more mundane. Accidental data breaches can happen when information is allowed to fall into the wrong hands for any number of reasons, but the concerns that can arise can be just as serious.

In the past, accidental data breaches have occurred due to issues like losing an unencrypted laptop or flash drive. Other incidents were the result of unsecured servers whose information was unintentionally posted online. In some cases, though, the breach occurred through intentionally sharing information, only it was with the wrong recipient.

That’s the case for Chicago Public Schools (CPS) in a recent data breach that compromised students’ and families’ personal data. Families in the school system were sent an email providing them with a necessary enrollment form. The link included in the email was inadvertently attached to a spreadsheet containing information for nearly 4,000 students and parents in the district. The link was active for several hours before someone noticed the error and removed the information from the link. In this specific data breach, students’ names, phone numbers, email addresses, and student ID numbers were exposed.

Experts looking into the CPS breach point to a far bigger concern than just sending out a link rather than attaching the document that was supposed to go to the parents: why is there a speadsheet of student information stored online that is accessible by anyone who finds it? The spreadsheet was not password protected, and hours after CPS officials informed parents of the error—they requested the families delete the email rather than take down the link—the spreadsheet, however, was still readily accessible. Concerned officials see that as a lack of training and awareness of how to secure students’ personal data.

Unfortunately, this incident is the third such accidental data breach in the CPS school district since 2016. In 2016, an employee sent out sensitive information to unauthorized parties, providing them with access to students’ information.  In 2017, unsecured web documents were posted on the CPS website exposing medical conditions, students’ names, identification numbers and other information.

One Million Kids Were Victims of ID Theft Last Year