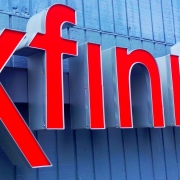 When new technology comes along, it might take a matter of years or only a matter of days for a highly-skilled hacker to figure out a way to break in. With any luck, the person who breaks into the system is what’s known as a “white hat hacker,” or someone whose expert-level skills are put to use helping stop criminal activity instead of benefitting from it.

When security analyst Ryan Stevenson breached Comcast’s Xfinity website portal, it seemed like a frighteningly easy task. It simply required him to match up readily available IP addresses—basically, your computer’s code name onto the internet—with the in-home authentication feature that lets users pay their bills on the telecom provider’s website without having to go through the sign-in process. Another vulnerability allowed Stevenson to match users to their Social Security numbers by inputting part of their home mailing addresses—something that the first vulnerability exposed—and guessing the last four digits of their SSN.

Guessing the last four digits of someone’s SSN might not sound that easy, but it only takes seconds for a computer to do it with the right software. The flaw in the website allowed the computer to make an unlimited number of guesses for a corresponding mailing address, so it took very little time for the code to reveal complete Social Security numbers.

This vulnerability is believed to have affected around 26 million Comcast customers.

Comcast issued a patch a few hours after the report of the flaws. The company responded to requests from news outlets with an official statement to the effect that they have no reason to believe anyone other than Stevenson accessed this information. They also don’t believe that the vulnerabilities are related to anyone with malicious intent. Just to be safe, though, the company is continuing an investigation into how the flaws originated and how they might possibly have been used.

In the meantime, Xfinity customers would do well to monitor their accounts closely. This could potentially affect other accounts, not just their telecom service accounts, as Social Security numbers, names and mailing addresses were visible.

Back to School, Back to Scams