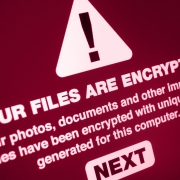 There are different types of data breaches, but they all have frustrating, as well as potentially devastating impacts. On this week’s Weekly Breach Breakdown podcast, we are taking a look at the difference between a data breach that exposes consumer information and a data breach that reveals a company’s intellectual property or trade secrets; companies attacked by ransomware that do both is on the rise.

A Tale of Two Breaches

The current digital age can be viewed as the best of times and the worst of times, especially when it comes to data use, privacy and security. While many consumers enjoy unprecedented levels of convenience and prosperity, thanks to technology, there are also significant pitfalls. Despite billions of dollars in cybersecurity investments, personal and corporate information is exposed daily due to malicious and accidental events.

While many people view data breaches as personal information being stolen from companies about individuals, it is becoming more common for threat actors to target more than consumer data. Instead, many hackers are looking to get their hands on company secrets by landing a successful ransomware attack, leading to the company’s intellectual property being breached.

By August 15, more than 25 Fortune 500 companies were attacked by ransomware, where company intellectual property was at risk.

In July, the Identity Theft Resource Center (ITRC) posted about an attack on Nintendo, who refused to pay the data kidnappers’ ransom demands. As a result, the data thieves posted massive amounts of proprietary data on the internet, including game prototypes. At the time of the attack, it was believed to be a one-off. However, within days, two more global organizations found their company data being posted on the web for everyone to see after refusing to pay ransomware demands.

Electronics and appliance manufacturer, LG, found source code for their mobile phones and laptops posted on a ransomware site. The ransomware group, Maze, released a statement that said they did not want to disrupt LG’s customers as part of the company’s data breach, so they opted to release the stolen intellectual property publicly rather than shut down LG’s systems.

At Xerox, a digital document product company, information was released after the company refused to pay a ransom demand that involved customer service systems, but not customer information.

Just last week, household names like Carnival Cruise Lines and the makers of Jack Daniels Whiskey joined the list. In the case of Jack Daniels, the company claimed the attack was blocked. However, the attackers claim they were successful and threatened to release the data they stole.

Why the sudden increase in companies attacked by ransomware?

While there are multiple reasons why a company might fall prey to a ransomware attack, the new variable in the equation is people working from home as a result of the COVID-19 pandemic. A survey released this week by the security firm Malwarebytes indicates that companies are seeing more attempted, and successful, attacks aimed at exploiting the weaker security that is usually associated with remote workers.

The research spotlights why there is an increase in companies attacked by ransomware:

For more information about the latest data breaches, consumers and businesses should visit the ITRC’s new data breach tracking tool, notified.  It is updated daily and free to consumers. Organizations that need comprehensive breach information for business planning or due diligence can access as many as 90 data points through one of the three paid notified subscriptions. Subscriptions help ensure the ITRC’s identity crime services stay free.

If someone believes they are the victim of an identity crime, or their identity has been compromised in a data breach, they can speak with an ITRC expert advisor on the website via livechat, or by calling toll-free at 888.400.5530. Finally, victims of a data breach can download the free ID Theft Help app to access advisors, resources, a case log and much more.

How Identity Thieves Use Social Engineering