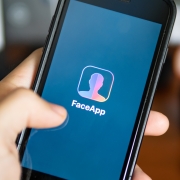 The internet may be abuzz once again with users sharing images from their FaceApp filters, but security experts are treading carefully. The AI-powered photo editing app, which provides fun filters to enhance your pictures of your face, became a viral sensation when it launched in 2017.

When it first became popular, FaceApp had a fairly convincing filter that would change the gender appearance of the person in the photo. Now, it is once again sweeping social media for its old-age filter. Everyone from school kids to celebrities are sharing pictures of how they are going to look when they are nearly 80-years-old.

However, it is not exactly harmless fun. The terms and conditions for this Russian-owned app have alarmed some security experts and privacy attorneys. The app developer being outside the U.S. is not why it is problematic. In fact, their servers where the photos are stored are located in the U.S., Ireland, Singapore and Australia, and are hosted by U.S. companies like Amazon and Google.

What has raised red flags for experts is where the photos are stored. Rather than applying the filter to the image in the phone the way a colorizing filter might happen, the user must submit the photo to FaceApp’s servers in order for the filters to be applied. Those photos are then kept on the server, and the terms and conditions state that FaceApp can do nearly whatever they want to with the photos once the user submits them.

Reactions have ranged from “no big deal, lots of companies have users’ photos” to “this just proves they are developing facial recognition software to spy on us!” What are we actually supposed to believe and what are we supposed to do about it?

The first answer is simple: nothing. If you are not concerned with your photo being used by a third-party company, then carry on. There were initial concerns that uploading one photo actually gave access to your entire camera roll in your phone to FaceApp, but that does not appear to be the case.

If you are someone who values your privacy in these matters, then this might be one of those apps that is not for you. If you do not want your children using this app, or their friends uploading your child’s picture, then you need to have a talk with your kids about digital safety and security. If you are worried about the future of facial recognition software being used in harmful ways, then you might not want to add your picture to the database of more than 150 million users’ photos that FaceApp has already collected.

The biggest issue with this news is not what FaceApp could be doing with it. Rather, how users have become very quick to download and use the latest fun app without really paying attention to the terms and conditions. If you do not know what permission you have given an app, how will you know if the app does something you are not comfortable with?

Remember that it takes money to build a platform or an app. If someone is letting you use it for free, you should proceed with caution. They are getting paid somehow, and in many cases, their income is from the user data they sell. If you are not having to pay to use it, either advertising dollars or your information are probably providing that revenue. Again, it might be harmless data that you do not mind sharing, but if you did not understand the terms and conditions, you could find out its information or purposes you are not comfortable with.

Ransomware Attacks and Demands on the Rise