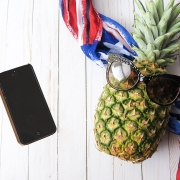 New vehicle technologies are a security and privacy danger zone with ID theft criminals taking advantage of numerous gaps in security, according to a report last week by Senator Edward Markey, D-Mass.

Called “Tracking & Hacking: Security & Privacy Gaps Put American Drivers at Risk,” it talks about how our vehicles may be vulnerable to hackers, and how driver information is being collected and shared with third parties without our knowledge or permission. It also states that the vehicle manufacturers are not doing enough to protect your safety and privacy from hackers.

Think about it. Your new or recent vehicle is now a rolling computer and in many ways connected to the Internet

including Bluetooth, GPS and wifi, that can make you vulnerable to hackers.

In addition, your driving behavior and movements are being tracked and recorded by automobile manufacturers including the car’s speed, fuel, physical location, steering, braking, and whether or not you use your seat belt.

And as for privacy — forget it! Half of the automobile manufacturers collect, store and transfer your driving history to third parties including data base marketers.

The Markey report is asking federal regulators at the Federal Trade Commission and the National Highway Traffic Safety Administration to take action by reviewing and supporting new privacy and safety standards.

I have to admit even I was taken aback to learn about the extent of our personal information being recorded and shared by the automobile manufacturers.

Now we have to be even more vigilant about the technology in our cars that can be a portal for hackers. Also, as a new car buyer, be aware of how auto manufacturers are tracking your personal information with technologies you won’t find listed on the vehicle sales sticker!

Mark’s Most Important: Use the threat of your vehicle being hacked and tracked to drive you to be more aware and to regularly review all of your personally identifiable info.

This article was originally published on AZcentral.com and republished with the author’s permission.