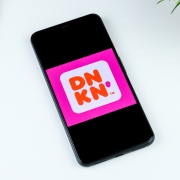 It’s a busy week in the world of data breaches. A report released reports six percent of all Google Cloud environments are misconfigured and left open to the web where anyone can view them; Dunkin Donuts paid a settlement over a series of cyberattacks that resulted in multiple Dunkin Donuts data breaches; There’s also an update in the data breach of Blackbaud.

Every week, the Identity Theft Resource Center (ITRC) looks at some of the top data compromises of the previous week in our Weekly Breach Breakdown podcast. This week, Dunkin, Blackbaud and Google Cloud highlight the list.

2020 has had its share of high-profile data events. Sar far in September, an estimated 100,000 customers of a high-end gaming gear company had their private information exposed from a misconfigured server. Another misconfigured server impacted 70 dating and e-commerce sites, leaking personal information and dating preferences. In Wales, personally identifiable information (PII) of Welsh residents who tested positive for COVID-19 was exposed when it was uploaded to a public server.

According to a recent research report published by Comparitech, six percent of all Google Cloud environments are misconfigured and left open to the web where anyone can view their contents. Amazon, the largest cloud provider, has also had issues with clients failing to secure their databases. There is no evidence that any of the data was stolen or misused by threat actors. However, the kinds of data Comparitech uncovered includes thousands of scanned documents such as passports, birth certificates and personal profiles from children. This is not considered a data breach. Rather, it is categorized as a data exposure because their information was not taken; it was just exposed on the internet. With that said, it is a poor cybersecurity practice that puts consumers at risk.

If anyone uses a cloud database in their business, they should make sure their information is secure, starting with a password.

Dunkin, the company many know as Dunkin Donuts, experienced multiple data breaches where at least 300,000 customers’ information was stolen. A settlement from a lawsuit with the State of New York was reached due to the Dunkin Donuts data breaches. The lawsuit alleged that Dunkin Donuts failed to take appropriate action in response to two cyberattacks dating back to 2015.

The company was notified by a third-party vendor in 2018 that customer accounts had, again, been attacked. Although the company contacted customers after the 2018 Dunkin Donuts data breach, the State claimed the notification was incomplete and misleading.

Dunkin Donuts will pay the State $650,000, refund New York customers impacted by the data breach, and will be required to take additional steps to prevent further Dunkin Donuts data breaches.

Businesses with customers in New York should check to see if the State’s new privacy and cybersecurity law, known as New York SHIELD, applies to them. It has very specific notice requirements in the event personal information is exposed in a data breach.

The ITRC notified consumers of a data breach of Blackbaud in August. The technology services provider announced in July that data thieves stole information belonging to the non-profit and education organizations that use Blackbaud to process client information. The cybercriminals demanded a ransom, and Blackbaud paid it in exchange for proof the client information was destroyed.

Since the data breach of Blackbaud was announced, 217 different Blackbaud users of all shapes and sizes have reported their client’s information was impacted in the ransomware attack. Not every organization has listed how many people have been affected. However, the latest count from the organizations that have is 5.7 million individuals.

Blackbaud has not shared the number of customers with compromised information. Instead, they have relied on the customers to self-report it. Breach notices continue to be filed each day, and the ITRC will keep consumers updated on any future developments.

For more information about recent data breaches, consumers and businesses should visit the ITRC’s new data breach tracking tool, notified. It is updated daily and free to consumers. Organizations that need comprehensive breach information for business planning or due diligence can access as many as 90 data points through one of the three paid notified subscriptions. Subscriptions help ensure the ITRC’s identity crime services stay free.

If you believe you are the victim of an identity crime, or your identity has been compromised in a data breach, like the data breach of Blackbaud, you can speak with an ITRC expert advisor on the website via live-chat or by calling toll-free at 888.400.5530. Victims of a data breach can also download the free ID Theft Help app to access advisors, resources, a case log and much more.

Join us on our weekly data breach podcastto get the latest perspectives on the last week in breaches. Subscribe to get it delivered on your preferred podcast platform.