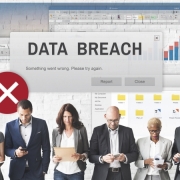 Get the latest trends in data breaches by signing up for the ITRC Monthly Breach Newsletter delivered straight to your inbox.

On July 19, 2019, Pearson PLC reported a data breach affecting approximately 13,000 schools and university AIMS Web 1.0 accounts. The data breach was attributed to unauthorized access by an unknown individual. Students had their names and in some cases dates of birth and email addresses exposed. Additionally, some staff member names, email addresses and work information – such as job title and work addresses – were exposed.

Editor’s note: School districts affected by the Pearson breach have continued to come forward since the initial July 2019 report. ITRC is tracking each school district separately, as well as part of the larger breach by Pearson. Due to the scope of this breach, an unprecedented number of individual student accounts could have been exposed (hundreds of thousands) leaving an unknown number of victims. ITRC will continue to monitor this breach as it unfolds.