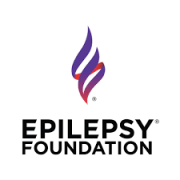 The Epilepsy Foundation and law enforcement are on the hunt for hackers responsible for a recent Epilepsy Foundation Cyberattack. Data breaches and account takeovers tend to be fairly straightforward. Hackers break into a network, steal useful information and then use or sell that data to someone else. Sometimes, though, cybercrimes have a far more malicious goal in mind. It might be revenge, intentional damage to a reputation or brand or some other similar focus.

In one particularly brutal cyberattack, experts initially worried that hackers broke into the Twitter account for the Epilepsy Foundation and used that access to send out dangerous tweets. Further investigations showed that they did not actually violate any accounts or even terms of use. Instead, they tweeted at those who were following the Foundation’s account and any hashtags they deployed. The tweets contained flashing, strobe-like images that were specifically intended to induce seizures in people who have photosensitivity issues. Users who rely on information from the Foundation’s Twitter feed were put at risk of a seizure due to the Epilepsy Foundation cyberattack, and the organization is taking the account hack very seriously.

Social media has long had to deal with disinformation campaigns where public health is concerned, but coordinated, planned attacks of this kind are not very common. Unfortunately, as revenge-style attacks and stunts increase, hackers may attempt even more boundary-pushing tactics. This kind of weaponization is particularly alarming for a few reasons. First, it may be hard to show that the attackers actually violated any laws or even rules for using Twitter. Second, and more importantly, it demonstrates how easy it is to entice large numbers of followers to click a malicious link or download and spread harmful software.

Business Ransomware Attack Leads to Hundreds of Employees Laid Off