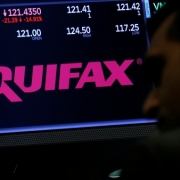 For decades, consumers have been told to monitor their credit reports as a way to stay on top of their identities and to maintain general financial well-being.

The sources of those credit reports are three major reporting agencies: TransUnion, Experian, and Equifax. As the gatekeepers of all your sensitive information, they are charged with keeping up-to-date records on the financial activity associated with your unique identity.

Obviously, that can make them a major target for hackers, as Equifax has learned in recent weeks. A data breach of their servers was discovered on July 29, 2017, and the complete identities of more than 148 million US consumers were stolen. These identities include names, birthdates, Social Security numbers, and more.

In addition, Equifax has said that hundreds of thousands of credit card numbers were stolen, along with documents about credit disputes which contained sensitive personal identifiable information.

The Aftermath: Equifax One Year Later discovered that nearly 90 percent of respondents reported that they experienced adverse feelings or emotions – beyond the financial impacts.

The next step is for Equifax to notify the victims of the breach by mail. Presumably, since the stolen information contained everything that a thief needs to steal someone’s identity, Equifax will be offering credit monitoring service to the victims, however, that remains to be seen.

Should consumers receive a notification letter, it’s important that they take the following steps:

As a consumer, you’re entitled to one free credit report each year from each of those three credit agencies, so it’s important that you stay on top of your credit reports for the foreseeable future. If your complete identity was stolen, then there’s a very real chance that new accounts and lines of credit can be opened in your name at any time. Monitoring your credit is a good idea anyway, but is certainly necessary if your data has been stolen.

What Parents Need To Know About Child Identity Theft