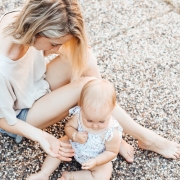 Parents instinctively protect their children from any danger that might come their way, but what do parents tend to overlook? Child identity theft.  Given the prevalence of this crime – more than one million cases of child identity theft cases were reported last year alone – it’s crucial that parents and legal guardians start taking the necessary steps to help minimize their children’s risks. To help encourage this thinking, Experian has deemed September 1 as Child Identity Theft Awareness Day to generate more attention around this prolific crime in hopes that it will reduce the amount of victims.

Children’s identities are seen as desirable because they are often left unmonitored for many years, giving thieves ample time to wreak havoc. For example, a recent survey conducted by Experian found that 45 percent of respondents didn’t discover they were a victim of identity theft until they were between the ages of 16 and 18.  Additionally, more than half of those surveyed didn’t discover they were a victim of child identity theft until they applied for credit as an adult or when they received a bill or credit card in the mail.

The emotional toll this crime takes on its victims is also worth noting. The survey discovered that 35 percent of the child identity theft victims surveyed sought professional help in dealing with related stress, anxiety, anger or depression related to the theft; 68 percent said they are fearful it could happen to them again; and 65 percent are angry about the credit roadblocks they have faced. Furthermore, 10 years later, 1 out of 4 victims surveyed are still dealing with the issues and 81 percent of them remain concerned about their ability to get approved for credit in the future.

As illustrated in the survey, the effects of child identity theft can be long lasting and although this crime is not completely unpreventable, parents and legal guardians can take the necessary steps to minimize their children’s risks. For starters, many parents/legal guardians don’t realize that they might be unintentionally putting their child at risk of identity theft by carrying their Social Security card, giving out this number to entities that don’t legally need it (doctor’s office/hospital) and by not being proactive.

Interestingly enough, the survey revealed that when the parents discovered the child identity theft, their children were 14 years old on average, whereas if the child found out about the theft themselves, they were 19 years old on average. What parents don’t often realize is that they might be able to discover this theft even sooner, which could potentially save their children years of headache.  First, parents need to be on the lookout for signs of child identity theft, which include the following: protecting their Social Security number, monitoring their children’s personal information, social media and online activity, paying attention to privacy policies and teaching them about identity theft risks. Second, they might consider doing Experian’s free Child ID Scan, which is a one-time service for parents or guardians to check if an Experian credit report exists for their child. If you do find out that your children’s information has been compromised, we recommend contacting the Identity Theft Resource’s toll-free number at 888-400-5530 to speak to an experienced advisor who can inform you about the necessary steps to take to resolve the issue. You can also use their live chat feature on their website at: www.idtheftcenter.org

Taking small steps to protect your child’s identity can not only greatly reduce their risk of becoming a victim but it can also help them in the long run.

Equifax After the Fact: One Year Later Scroll to top