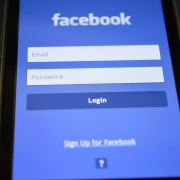 There is a hoax going around based on speculation in a now-deleted article, one that claims Facebook will owe all of its users $17,000 each. The article was suddenly removed, but that hasn’t stopped others from repeating its message that Facebook users are entitled to a payout.

The issue behind the hoax is the recently uncovered misuse of profile information for around 87 million Facebook users. Investigations are still underway into exactly what happened and how far the misuse went, but a third-party app paid Facebook for access to members’ profiles, then apparently sold that information to other sources.

When the article about the compensation was first written, it cited a UK privacy law and mentioned that Facebook could be responsible for paying its UK users that amount, if a court found reason to order it. As with any kind of rumor, the claim morphed a little every time it made the rounds until other sources began stating it as a fact.

Hoaxes like this one rarely harm people who read them, but users need to worry about scammers who are taking advantage of the buzz surrounding this event. Even if Facebook was somehow found to be at fault in this event, the type of information that was accessed by outsiders isn’t the “sensitive” data that might trigger credit monitoring, no-cost credit reports or other compensation.

For more information about whether or not your profile was accessed and what apps and websites can even see your information, visit Facebook’s Help Center and search for the name of the company that accessed millions of users’ accounts, Cambridge Analytica.

Recycling the Internet of Things

The Pros and Cons of Peer-to-Peer Payment Apps