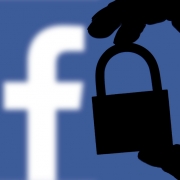 If you are a fan of the Facebook ten-year challenge, you are probably excited about its recent comeback. As more people come to terms with the uncertainty surrounding social media use and privacy, many users are starting to take a more cautious approach to how and what they share. From changing their privacy settings to safeguarding the names and images of their children, a lot of users have become more knowledgeable—and therefore more concerned—about what happens to their content once it is posted. If issues like Facebook’s relationship with Cambridge Analytica taught us anything, it is that someone is always willing to pay for information about us.

For example, the Facebook ten-year challenge that swept through Facebook in the early part of 2019 is back, and it has left a lot of people asking what the social media giant is really doing with the images. If you have not seen it yet, users are encouraging one another to post a photo from 2009 and another one from 2019, presumably in recognition of the end of this decade. What is really behind the Facebook ten-year challenge?

A growing number of people have speculated that it is an attempt by Facebook to educate its facial recognition algorithms in the area of age-progression by looking at a ten-year age difference among users. That does not sit well with some privacy-minded people. There has been a lot of outcry over companies like Facebook, Amazon and others who have produced software that has stronger-than-ever capabilities for recognizing faces in a crowd. Amazon has even sold its software, Rekognition, to law enforcement agencies and has just announced brand-new features.

Even some tech industry insiders have been alarmed by the potential for grabbing up social media posts and using them to develop software that some see as an invasion of privacy. However, the Facebook ten-year challenge has led others to try to put a damper on the runaway conspiracy. After all, doesn’t Facebook already own countless photos of its users? What would be the benefit of having users simply post those same images again? Plenty, according to Wired magazine writer Kate O’Neill. Facebook can much more easily “mine” data when they have a fresh set of content that was taken a precise number of years apart.

In this case, it is not about what social media platforms already have access to or doing their legwork for them. Instead, the cause for alarm is more about what users are willing to post without really thinking through the potential for harm. Whether it is an endless stream of food pictures or the GPS coordinates to our children’s schools, we all need to be more aware of what it is that we are posting and how someone else could use it for their own purposes.

Our Holiday Shopping Tips to Keep You Cybersafe

What to Know About IOT and Smart Toys This Holiday Season