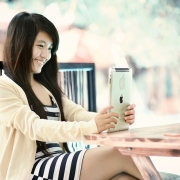 Fans of the iPhone video chat feature FaceTime might be surprised to learn that a software bug may have been leaking their private calls. While the process took a number of steps to initiate—so it’s unlikely anyone accidentally eavesdropped, but instead chose to do so intentionally—there was also no way to know if someone was listening to you during your calls.

To make the glitch work in their favor, a user had to initiate a FaceTime call and then add their own phone number as another person in the group call. That way, even if the actual third-party never answered, the call remained connected and the user could listen in on the other person. Even worse, if the unaware third-party pressed their volume button or power button for some reason, the eavesdropping became a video monitoring call instead of just audio.

This kind of privacy flaw isn’t like Apple, a company known for its consumer-centric security. Several industry watchers like 9to5Mac and the Verge have reported on this bug, and Apple has temporarily disabled all group FaceTime function until a patch can be written and a software update released.

First, the immediate warning for consumers: situations like this one are why you must make it a priority to download new software updates when they become available. When companies release an update, it’s because they’ve found ways to make their product better. Many times, the update can actually resolve a serious security or privacy problem.

More importantly, this is a stark reminder that our technology is only as good as the level of human error behind it. Apple prides itself on producing great products and focusing on its users’ needs, but even the best can sometimes experience flaws. If you don’t put blind trust in your products or platforms, you’ll be less likely to feel the harmful effects of accidental issues.

Read next: Spring Cleaning for Your Mobile Device

Doing Your Part for a Safer Internet