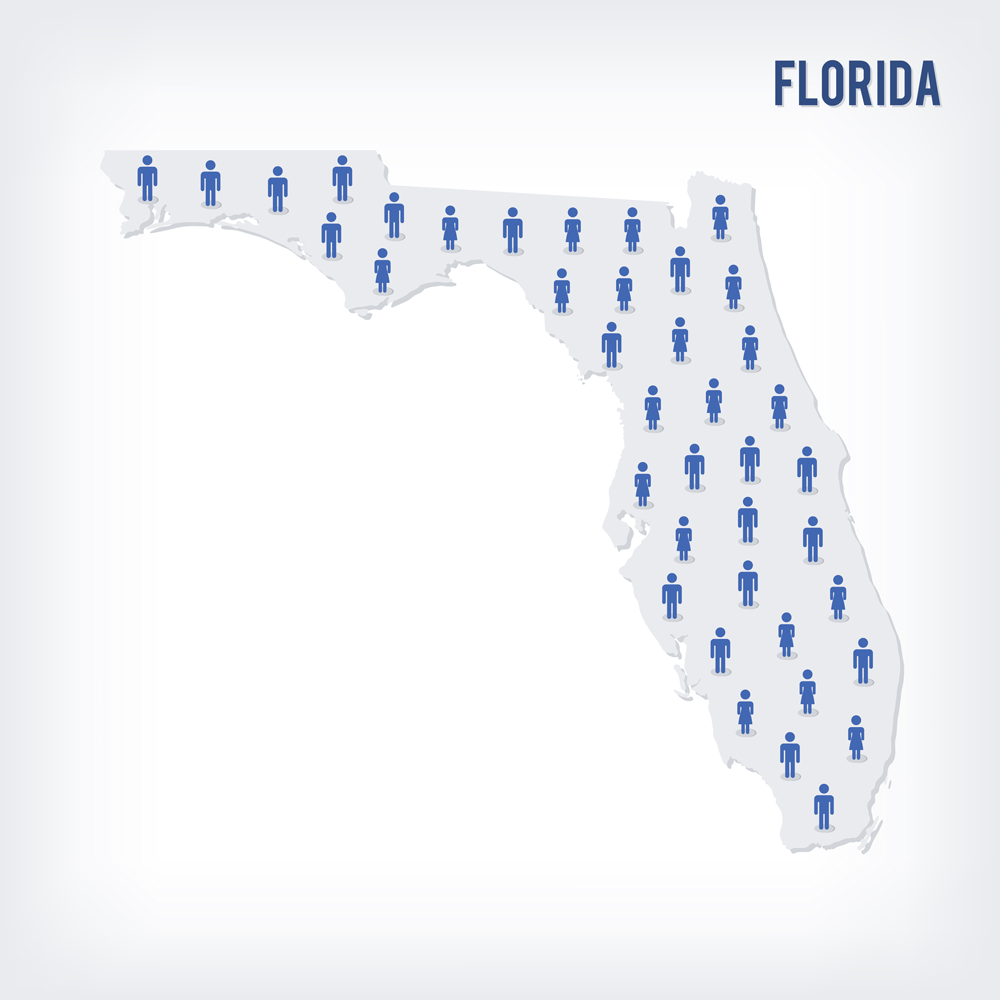 For years, crimes like identity theft, scams and fraud have targeted residents in different states all across the country. Sometimes the crimes are simply based on opportunity, such as a large-scale data breach of a major company; in that case, the locations of the victims can seem to be somewhat random. Other crimes, however, have targeted residents of specific states, and the reasons for this kind of highly-specific targeting can vary.

Florida has the long-standing yet dubious honor of being one of the most targeted states over the past few years. The state has often topped the list for identity-related crimes, and 2018 was no different. The state ranked number one for fraud reports to the Federal Trade Commission (FTC), and number four for identity theft reports. These numbers are fairly typical for Florida’s ranking in those crimes.

According to different sources, there are a number of reasons why Florida might be such a hot target for criminals. These include state and local government structuring, the resort construction and tourism industries, a large retiree population and the high-density of the state’s population in numerous metro areas. Last year’s total volume of reports to the FTC was over 205,000 from Florida alone, and the average losses from that state were $400 per victim.

An article in the Sun-Sentinel explains, “Thieves and scammers apparently are attracted to Florida for a host of reasons: Its lack of state income tax means less scrutiny from state officials. Its transient population makes it easier for hit-and-run operators to blend in. Its large senior population provides a tempting target of savings and vulnerabilities. And its fast development means a lot of new money floating around.”

Of course, identity theft and fraud crimes are broad categories that encompass a lot of different forms of attack. Criminals can rely on highly-profitable but hard to trace tactics such as benefits fraud, credit card and new account fraud, account takeover and imposter scams. A report by Security.org based on the FTC’s data found that fake debt collection scams were the most commonly reported method of attack at 29 percent (approximately 71,000 reports); meanwhile, reports of identity theft and its related crimes made up another 15 percent, or 38,000 reports. There is a seemingly endless variety of ways that someone with a little bit of know-how can target someone in this way, as these findings have shown.

Fortunately, a lot of the ways that criminals target Florida residents—which truthfully, can all be a threat no matter where you live—can often be thwarted by developing an air of caution. Ignoring requests for your private sensitive information, for example, and refusing to make payments over the phone or via email can head off a lot of these attacks. Securing your accounts with strong, unique passwords can also help, along with changing those passwords frequently. Finally, helping others by spreading the word about common scams and fraud attempts can help protect those around you, which can in turn help protect you.

Of course, the Identity Theft Resource Center is always here to help. If you’re a victim of identity theft or have questions about scams and other issues, speak to an identity theft advisor for toll-free, no-cost assistance at (888) 400-5530. For on-the-go assistance, check out the free ID Theft Help App from ITRC.

In New Scam, Criminals Pose as Government Pretending to Help With Identity ...