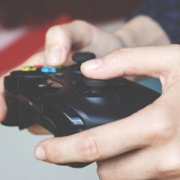 Fortnite is a popular online battle game that has drawn criticism for its combination of violent battle and seemingly child-friendly artwork, as well as for its business model that encourages players to spend real money on fake goods within the game. Worse, though, is the recent announcement that a bug in the game’s code allowed hackers to access players’ accounts and use their stored credit cards.

Pending the ongoing investigation, Epic Games hasn’t revealed how many Fortnite accounts were compromised, so until notification is sent to all affected players, it’s a good idea to check your payment card statements regularly and change your password.

There has been some concern raised about hackers’ ability to also intervene on voice chat sessions between players—which is alarming since this game is used mainly by kids—but the company says that is not true.

The hackers didn’t gain access to the credit card information, so how did they benefit from this? There is a whole world of internet buying and selling that involves virtual goods sold within games. If you’ve seen the recent children’s animated film, Wreck It Ralph 2: Ralph Breaks the Internet, this acquisition of useful items is portrayed. People working within a game acquire items that help players get to another level—like a special tool, a faster car, or better weapons—and sell them for actual money online by transferring them to the buyer’s account within the game. It’s perfectly legal and allowable, but hacking someone’s account and using their credit card to purchase these things is not.

Epic Games claims the bug has now been closed, but again, changing your password is a good idea. At the same time, despite official announcements to the contrary, this is an excellent time to talk to your kids about connecting with other players in online games. Whether or not the hackers could eavesdrop on conversations doesn’t matter; the other people legitimately participating in those conversations might easily be bad actors, as well. Talk to your online game players about safe conversations, never divulging their personal details, and understanding how virtual items cost very real money.

Read next: What Can a Thief Do With Your Driver’s License?