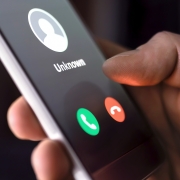 The Federal Trade Commission has been tackling the plague of robocalls for a long time and has had victories against this menace in the past. Now, a new report demonstrates that their initiative has had even more successful results. The program has been taking aim at robocallers and reminding them that their actions are illegal, especially if they are calling consumers who have placed their numbers on the national Do Not Call registry.

Operation Call It Quits has already resulted in action against 94 separate robocallers, many of whom were fronting for other businesses and contacting people on the Do Not Call registry. These groups were responsible for more than one billion robocalls in the U.S., ranging from credit card offers to utility companies. The FTC has initiated 145 cases against these callers.

“We are all fed up with the tens of billions of illegal robocalls we get every year,” said Andrew Smith, Director of the FTC’s Bureau of Consumer Protection, in a press release on the program. “Today’s joint effort shows that combatting this scourge remains a top priority for law enforcement agencies around the nation.”

While robocalls are certainly annoying, with some households receiving multiple calls per day at inopportune hours, a lot of people do not realize the danger that some of these calls present. Scams and bogus offers have been associated with robocalls, especially ones that pose as credit card, medical health coverage and utility offers.

Tracking down and stopping the robocallers is only one part of Operation Call It Quits. The initiative also gives these tips on how to respond to unknown or unwanted phone calls:

Do not answer the phone

If you do not recognize the number on your caller ID, ignore the call. If it is a genuine or important caller, they will leave a voice mail. You can also return the call later, which will result in a “number not valid” message.

Do not trust the caller ID

With spoofing software, a caller can put any phone number and name on your phone’s screen. They could lure you into thinking the call is from your child’s school, your neighbor up the street, the IRS or the local police. Never go by what is on the screen when making a determination about a call.

If your phone carrier offers call blocking, consider signing up for it. You might also install a call blocking app on your phone, but be sure to read the reviews on the app first. You might find that the free version of the app is just as good as the paid version.

Report any robocallers to the FTC

Operation Call It Quit’s success depends on going after the robocallers, but the FTC has a hard time doing that if consumers are not informing them of the problems. Report any robocalls to the FTC at donotcall.gov.