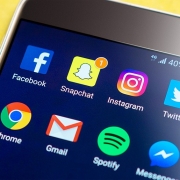 Job seekers and members of the workforce have long been warned that their social media activity could come back to haunt them. After all, those risqué party pictures from spring break or that angry tweet that was fired off during an internet argument doesn’t make the sender seem very responsible.

There have already been numerous cases of individuals being terminated or denied employment for something they posted on Facebook, for example, something that presented them or their company in an unflattering light. But a new law was supposed to prevent employers from digging even deeper into “private” accounts in order to root out content that couldn’t be seen by the general public.

In a move that has privacy advocates lamenting the lost potential for personal security rights, Hawaii’s governor vetoed a bill that would have made it illegal for employers to demand the passwords to their employees’ social media accounts. The problem, which advocates say is much farther reaching than just employment but actually extends into other areas of everyday life, is actually quite a growing issue.

Without laws in place to protect individuals, employers can currently require employees and potential job applicants to log into their Facebook, Twitter, Instagram, and other accounts in order to let the employer see what they’re up to in their spare time. Advocates have called this not only a violation of individual privacy, but also a threat to our First Amendment rights. And the matter isn’t limited to employers; there have been cases involving landlords who demand access to potential tenants’ accounts in order to see if their posts are undesirable before letting them sign a lease. Anything that lets a property manager decide that a person isn’t “right for the property” based on their social media posts touches on concerns surrounding real estate and property law.

As for Governor David Ige’s veto of the bill, which had already passed both branches of the state legislature unanimously, he cited concerns about how to implement such a bill. Without enough manpower in the state labor board to investigate complaints and then issue resolutions, the bill might be ineffective. Supporters of the bill, though, argued that laws like this one are long past due in a time when social media has ingrained itself so deeply in society. They had hoped that Hawaii’s bill would even serve as a model for other states’ privacy, employment, and real estate laws.