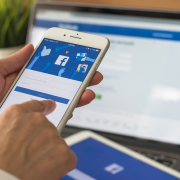 What is on your agenda for today? Go ahead and pencil in changing your Facebook passwords. This item does not need to be near the very top of the list, but it is certainly a good idea to put it on there and follow through.

According to a report by KrebsonSecurity and a follow-up announcement from the company, hundreds of millions of Facebook passwords were left accidently unencrypted. If you are not already aware of what that means for individual users, do not worry there is no evidence that anyone got your password. It just means that those passwords were “visible” in plain-text to anyone who was able to access the servers, which could include hackers—although there is no evidence of that—but certainly included numerous employees of the company.

In fact, Facebook seems to have traced the security issue back to project that centered on employee-created tools, apps, and features. Once the employees accessed the usernames and passwords for their work, those passwords were often stored in plain-text. Some of these employee-created copies of the login credentials—especially the passwords—go back as far as 2012.

Facebook has not released information on how many user accounts were visible or how many employees had access to the information, but KrebsonSecurity has details that put the number of employees at around 2,000—and those employees made approximately 9,000 separate data inquiries into millions of users’ login credentials.

This issue does not fall under data breach notification laws or protections, and Facebook is not recommending or forcing a password reset at this time. However, the social media site will inform users whose information was left potentially exposed, which is why it is important for the users themselves to be proactive about changing their Facebook passwords. There is no way of knowing if anyone other than the authorized employee accessed their information, and also no reason to assume that a company employee could not be the one to maliciously use or sell a large database of credentials.

“Password hygiene” has gotten a lot of attention in recent years, largely due to incidents like this one. If you secure all of your accounts with a strong password that you do not use anywhere else and that you change routinely, announcements like this one probably will not even be a cause for concern. However, if you use an easily guessed password, reuse your passwords on multiple accounts, and keep the same password for years, your risk of harm from a data breach is much greater.

Read next: Imposter Scams Were The Most Reported Consumer Complaint