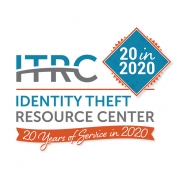 According to the data breach analysis, publicly-reported U.S. data breaches have dropped 33 percent in the first half of 2020 compared to the first half of 2019. Impacted individuals have also dropped – 66 percent. Attacks by external threat actors are still the most common cause of a data breach (404 so far in 2020), but compromises caused by internal threat actors are at a three-year low (83 so far in 2020) as more people work from home and have less access to internal systems and data. Data breaches involving third-party contractors and vendors are also down (53 so far in 2020).

“The decrease in the number of data breaches and individuals impacted is good news for consumers and businesses overall,” said Eva Velasquez, president and CEO of the Identity Theft Resource Center. “However, the emotional and financial impacts on individuals and organizations are still significant. The impact on individuals may be even more harmful as criminals use stolen personal information to misappropriate government benefits intended to ease the impact of the COVID-19 pandemic. The ITRC will continue to help victims by guiding them on the best ways to navigate the dangers of exposed personal information from a data breach and the risks of identity crime as a result.”

Unless there is a significant uptick in reported data breaches, the ITRC projects 2020 is on pace to see the lowest number of breaches and exposures since 2015. However, the ITRC believes the lower number of breaches is only temporary because cybercriminals are using data stolen in data breaches dating back to 2015 to execute scams, credential stuffing attacks, phishing attacks and fraud that requires identity data.

“With so much data being consumed and so much focus on improved cyber-hygiene at work and home, the available pool of useful data is being reduced,” Velasquez said. “Cybercriminals will have to act to update their data at some point, which will lead to a return to more normal threat patterns. While it is too early to tell when that may occur, it likely won’t happen overnight, but breaches will gradually increase over time.”

For anyone that has been a victim of a data breach, the ITRC recommends downloading its free ID Theft Help app to manage the various aspects of an individual’s data breach case.

Consumers and victims can receive free support and guidance from a knowledgeable live-advisor by calling 888.400.5530 or visiting www.idtheftcenter.org to live-chat.

About the Identity Theft Resource Center

SCAM ALERT: Is this an Amazon Brushing Scam?