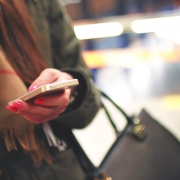 Thanksgiving, Hanukkah and Christmas are just around the corner. Black Friday, Cyber Monday and holiday shopping is too. It also means the possibility for an increase in identity theft and fraud. So before you get caught up in all the holiday shopping chaos, you should be aware that criminals might use this as an opportunity to compromise your sensitive data. This holiday season, however, one group in particular might be purposely putting themselves at an increased risk of identity theft. A recent survey by Experian found that 19 percent of millennials would put their identity at risk in exchange for a good Cyber Monday deal. While some millennials are making it exceptionally easy to compromise their personal information during the holiday season, let’s take a closer as to why this demographic might be more vulnerable to identity theft year round.

Millennials are notorious for being the most tech-savvy generation, growing up in a world where sharing personal data online and across social media platforms is commonplace. However, their willingness to share personal data easily puts them at an increased risk of identity theft. For one, criminals might have an easier time guessing their security challenge questions because they can be quickly discovered on their public Twitter profile or Instagram page.  Second, since they are so used to sharing a wealth of personal information, they might be less likely to hesitate when asked for it by anyone – including those with malicious intent.

Along with being tech-savvy,  feelings of apathy toward data breaches could be another reason why millennials might be at an increased risk of identity theft.  According to a Gallup poll, 67 percent of millennials are trusting that the companies with which they do business, such as credit card companies and health insurance companies, guard their information. The poll also finds that 70 percent do believe that their privacy will be compromised at some point in time. Because millennials have lived through several major data breaches, they’re aware of the risks but have become accustomed to these types of events and might not fully comprehend the severity of having their personally identifiable information stolen.

In some cases, becoming a victim of identity theft is “fixable,” but what millennials might not understand is that the process is not an easy one. Identity theft cases can take years to remediate. Even if you “fix” the issue, many victims experience reoccurring threats, consistently trying to regain their identity. This also doesn’t take into account the emotional impact victims go through. The Aftermath® study revealed that victims felt angry, frustrated and violated regarding their identity theft situation. In the same survey, 50 percent of victims lost interest in activities they once enjoyed.

And lastly, another reason that millennials might be increasing their risks of identity theft is by thinking it won’t happen to them. According to the AARP, younger generations tend to believe that scammers target the elderly, which allows millennials to believe they are safe. However, what millennials might not realize is that they are just as vulnerable to the threats of identity theft as senior citizens. For example, a recent survey found that 17 percent of millennials were likely to give out sensitive information to a caller that confirmed their last four digits of their Social Security number. So it is, in fact, that everyone is equally just as at risk for identity theft, regardless of their age.

Now more than ever, millennials need to take preventative measures to minimize their risk for identity theft. Here are a couple of tips to help protect your identity:

If you do find out that your information has been compromised, contact our advisors using our toll-free number (888-400-5530) and they can inform you about the necessary steps to take to resolve the issue. You can also reach us using our live chat feature.

Read next: “Your Holiday Shopping Guide to Putting Privacy Under the Tree”

Your Holiday Shopping Guide to Putting Privacy Under the Tree