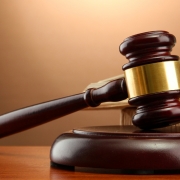 There’s little doubt that technology has changed the way we interact with the world around us. Just in the space of a single generation, we’ve gone from television being a “newfangled,” World’s Fair-quality invention to carrying portable computers in our pockets. The iconic Dick Tracy wrist communicator is now a reality thanks to smartwatches, and Star Trek’s flip open communicator was reportedly the design inspiration for the old flip phones.

But with the visions of tomorrow becoming a reality today, lawmakers have to work overtime to make sure they’re keeping up with the times. Cases dating back only a handful of years have shown exactly what can happen when the law isn’t prepared to tackle crimes that are committed with new technology, as in the multiple cases of “video voyeurs” who secretly videotaped victims in their homes, including times when the victims were nude or engaged in intimate relationships, and sometimes filming them for years. In several of those cases, the criminal got little to no jail time, just because the law as it was written didn’t have a way to address this violation.

New outrage in Georgia, for example, has been sparked by a higher court’s recent ruling that “upskirting” is not currently a crime. This practice of taking pictures or videos of women’s privates by secretly filming them from underneath has certainly been deemed reprehensible by the courts, but without laws in place to punish the practice, the state’s higher courts have already had to dismiss charges, even while urging lawmakers to rectify the issue.