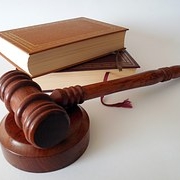 Identity theft and data breaches are becoming so commonplace in the minds of consumers that experts are warning of “data breach fatigue,” a term that describes the sluggish response some people may have to finding out their records were compromised. Unfortunately, the reality of identity theft and its aftermath is something that too many victims don’t really understand until it happens to them.

While a lot of consumers may have received a data breach notification letter, or have had their credit card companies inform them of unauthorized charges on their credit cards, those issues are only scratching the surface of the true aftermath of identity theft. Fortunately, a new bill has been signed into law in California and will take effect on January 1st of next year. Its purpose is to help victims through the resolution process in a much more timely way.

Introduced in the state legislature by Assemlymember Bill Dodd (D-Napa) and recently signed into law, the bill specifically addresses the aftermath of identity theft. Prior to this bill, victims potentially experienced an ongoing nightmare of debt collections, new debt accounts, and more.

One of the chief changes under this law will be how debt collectors can address fraudulent charges. Until now, debt collectors were required to investigate the matter once they were informed that the charges were fraud due to identity theft. However, there was no mandatory time frame for how those investigations had to proceed, or even when they had to proceed. The new law will correct that.

Also addressed is the fact that debt collectors were able to “sell” a victim’s debt to another lender. If another lender offers to purchase the debt, a company can accept the offered amount of money and write the rest off as a loss, transferring the victim’s debt to another lender. The new lender then starts the collection process all over again, and the nightmare begins again for the victim. The victim thought the matter was at least being investigated and on the road to a resolution, but instead he gets to waste even more time starting all over with a new lender who thinks the charges are genuine.

In those cases, not only is the victim emotionally drained from starting fresh with a whole new round of collection letters, but the new lender has to try to collect a debt that may not be legitimate. This is obviously bad for both of those parties, and Dodd’s bill will limit the ability of the original debt collector to sell it to a new lender under certain time constraints.

“Millions of Californians have suffered identity theft, myself included. It’s an issue that transcends partisan politics, and I want to thank Governor Brown and my colleagues on both sides of the aisle for supporting this important bill,” said Assemblymember Dodd via his website’s announcement. “Victims of identity theft deserve a transparent and speedy resolution process, and I will continue to fight for consumer protections.”