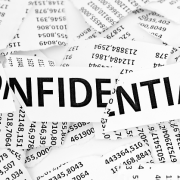 As someone who is concerned about personal security and privacy, you probably already know that your Social Security number—especially combined with your birthdate and a few other key pieces of information—is the Holy Grail of identity theft.

A complete record can be sold online, can help someone assume your entire identity, or used in a variety of other ways. It might lead to financial fraud like new credit cards or the opening of utility accounts, or even criminal identity theft, such as providing your identity at the time someone else is arrested. With your complete details, a thief can apply for government benefits, apply for a job, rent an apartment, even have major surgery and stick you with the bill.

Unfortunately, thanks to a record-setting few years for data breaches, a lot of citizens’ SSNs are “floating around” out there for criminals to use. At one point, complete identity records were so abundant on the internet’s black market that they were actually losing dollar value due to a supply-and-demand glut.

To help in the fight against identity theft and fraud, U.S. Rep. David Valadao (R-CA) has proposed new legislation in the House that will stop the widespread sharing of your Social Security number, at least from the government’s end. The Social Security Fraud Prevention Act, H.R. 624, would clarify which specific instances warranted a person’s full SSN to be printed on a government-issued document, and other times when it simply isn’t necessary. If the situation doesn’t warrant the printing of the SSN, then it would have to be partially redacted or removed entirely from those government documents.

Social Security numbers have long been used as identification. Colleges once used it as your student ID number, and it was printed on the face of your ID card. Anyone who’s served in the military can attest that until recently, it was printed on everything from your orders to your medical file to your laundry bag back in boot camp. Only in recent years has there been a greater concern with protecting this vital identifier.

Other Congressmen have joined in this bipartisan effort, all with the hope of curbing some of the already rampant and ever-increasing statistics for identity theft and fraud. Similar efforts have been introduced in the Senate to go along with this bill.

How much information are you putting out there? It’s probably too much. We are here to help you stop sharing Too Much Information. Sign up for the TMI Weekly.