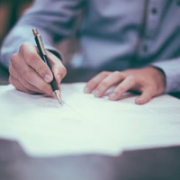 While thieves still target consumers’ credit card information and bank accounts, they’ve learned that the real money is in your more permanent information, like your Social Security number. With that piece of the puzzle, they can file fraudulent tax returns and make off with a virtually untraceable payday.

Maryland has been hit particularly hard by tax return fraud, and as a result of a new bill –the Taxpayer Protection Act of 2017 – has been introduced to prevent tax fraud, protect taxpayer information and hold fraudulent filers and tax preparers accountable.  Maryland Gov. Larry Hogan recently proposed legislation, that was initially put forth by the state’s Comptroller, Peter Franchot, after seeing firsthand how many fraudulent tax returns were halted last year. The number of fraudulent filings his office blocked—13,000 returns for a total of more than $21 million—is only a portion of the crime, and both Hogan and Franchot are certain that many more returns slipped through undetected, costing the taxpayers in the end.

The bill will include a number of new provisions, like sharing the responsibility for enforcing tax fraud laws under the Comptroller’s office, as well as other law enforcement agencies. The goal is to give more authority to investigate reports to as wide a group of officials as possible, taking some of the burdens off of already-overworked police units. At the same time, it also recognizes that investigating these crimes can be very daunting, so it extends the statute of limitations from three years to six years, which actually matches the federal statute.

But there’s one key aspect to this bill that seeks to prevent tax return fraud at one of the known sources: the tax preparers. While it does not in any way support the idea that legitimate tax preparers are at fault for this kind of crime, their industry’s good name has been smudged in recent years by identity theft rings that front as “fly by night” tax prep services. This legislation will also provide even stricter penalties for tax preparers who steal data through their work, as well as provide fines for actual tax preparers who undercut or report inflated amounts in the hopes their customer will get a bigger return. Finally, it prevents actual tax prep firms from hiring anyone during the “busy season” who is not registered with the state’s Board of Tax Preparers.

This bill replaces one that did not pass last year, despite overwhelming support in the state’s House of Delegates.

How much information are you putting out there? It’s probably too much. To help you stop sharing Too Much Information, sign up for the TMI Weekly.

I Have Bad Credit…Why Would an Identity Thief Bother?! W2 Boss Phishing Scams Scroll to top