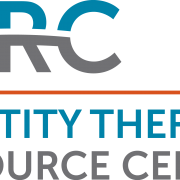 WASHINGTON D.C., Oct. 18, 2018 – Today at an event held in Washington D.C., the Identity Theft Resource Center®, a nationally recognized nonprofit organization established to support victims of identity theft, will release the initial findings of its The Aftermath®: The Non-Economic Impacts of Identity Theft victim impact survey. The survey goes beyond the known financial implications caused by identity theft and explores the emotional, physical and psychological impacts experienced by victims of identity crime.

The survey, which was distributed to victims who contacted the ITRC for assistance in 2017, discovered that many of the respondents experienced negative emotional impacts that resulted in real physical consequences. As an example, of the individuals that responded, 77.3 percent reported increased stress levels and 54.5 percent had increased fatigue or decreased energy.

“Year after year, The Aftermath® survey continues to show that the effects of identity theft are far-reaching: impacting victims’ general emotional and physical well-being, their relationships with others and even how they engage within their work or school environments,” said Eva Velasquez, president and CEO of the Identity Theft Resource Center. “As we work with industry and other stakeholders, it’s crucial to continue to share the emotional, physical and socio-economic impact findings with them so they better understand the totality of the ramifications of this crime, as well as providing encouragement for them to elicit change within their organizations.”

Due to their identity theft incident, nearly 46 percent of those surveyed said they felt like they couldn’t trust family while 55 percent stated they had trust issues with friends.
Respondents admitted the identity theft incident caused problems at their place of employment (32 percent) and at school (eight percent).
To access the preliminary findings of The Aftermath® for 2018, please go here. The full report will be available in Spring 2019.

In addition to announcing this year’s The Aftermath®: the Non-Economic Impacts of Identity Theft initial findings, attendees will learn from industry experts as well as from victims themselves as they share their experiences with identity crime. The event will also include a press conference with subject matter expert, Eva Velasquez, and an interactive workshop, which will give interested participants an opportunity to discuss how we can improve victim services. A livestream of the event can be viewed on Thursday, October 18, starting at 9 a.m. ET on the Identity Theft Resource Center’s Facebook page.

About the Identity Theft Resource Center

Hackers Have a New Method for Stealing Your Direct Deposits

Identity Theft: Financial Toll, But an Emotional One as Well