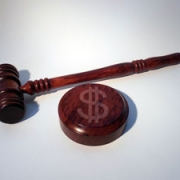 The fight against identity theft and fraud is an ongoing battle. Hackers and scammers come up with new ways to commit computer-based and identity crimes every day, and as they do, law enforcement officers and policymakers have to play “catch-up” in order to investigate and then prosecute. New York’s governor Andrew Cuomo addressed one of the chief problems—punishment for offenders as it currently stands—in a recent outline of his agenda for 2017.

Right now, someone who steals your identity and uses it for financial identity theft may face a predetermined legal sentence, just as offenders do in other crimes. But the current legal standing doesn’t fit the act, according to the governor’s office. He noted that someone who steals your stored online payment method from a website and wracks up $50,000-worth of credit card debt gets the same sentence as someone who hacks into a bank’s network and steals millions of dollars. Both of those are still treated as the same crime, something that the governor wants to correct by establishing a new class of felonies for different dollar amounts.

His announcement is part of a larger focus on computer tampering, identity theft, and other types of cybercrimes. It’s an issue that has impacted both the federal and state governments and stands to tie up valuable police resources in investigating criminals who are already hard to track down. With stiffer penalties and a more reasonable differentiation between the resulting dollar amounts of damage, the goal is to make the risk outweigh the benefit for criminals.

The proposal also works to address a growing problem for victims of computer crimes, which is the lack of up-to-date training for law enforcement and the growing sense among the public that nothing can really be done about this type of crime. The governor’s proposal would create a Cyber Incident Response Team, as well as establish increased penalties for cybercriminals who intentionally target senior citizens, the disabled, and other specific victim groups.

Governor Cuomo is certainly not alone in this fight. Rep. James Renacci (R-OH) introduced a bill to the House Ways and Means Committee that would address identity theft and tax refund fraud. Co-sponsored by thirteen of his colleagues, the “Stolen Identity Refund Fraud Prevention Act of 2017” addresses many different facets of tax-related government identity theft, including raising public awareness and faster notification for victims of fraud.

QuickBooks Phishing Scam Have You Seen These Pictures of You?! Scroll to top