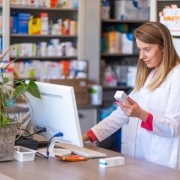 Another week has gone by, and in this week’s Weekly Breach Breakdown, the Identity Theft Resource Center (ITRC) highlights a handful of data compromises that could leave a big impact on businesses and consumers. The ITRC has been tracking publicly-notified U.S. data breaches since 2005 to look for patterns, new trends and any information that could better help educate on the need for understanding the value of protecting personally identifiable information (PII). Some of the data compromises highlighted this week include CVS, Walgreens and Walmart pharmacy data breaches with a unique twist; an athlete recruiting tool; and one state’s taxpayer system. All of these breaches have one thing in common: they are relatively small data events that can still leave a lasting impact.

Three well-known companies suffered from individual pharmacy data breaches. It wasn’t a cyberattack or failure to secure their electronic records; instead, some of their stored health information was physically stolen, leaving the potential for a serious impact on the individuals whose information was exposed. During recent protests in several cities, pharmacies owned by Walmart, Walgreens and CVS were looted. Paper files and computer equipment containing customer information was taken from individual stores, not the companies at-large. The missing information included prescriptions, consent forms, birth dates, addresses, medications and physician information. All three companies affected by the pharmacy data breaches notified impacted patients, but only CVS released the number of customers involved – 21,289.

The next data compromise includes student-athlete recruiting tool, Front Rush. Front Rush recently notified 61,000 athletes and coaches that their information was open to the internet due to a misconfigured cloud database for four years. In a notice to individuals impacted, Front Rush acknowledged that they could not tell if anyone accessed or removed any PII while it was exposed to the web from 2016-2020. Some of the personal information in the database included: Social Security numbers, Driver’s Licenses, student IDs, passports, financial accounts, credit card information, birth certificates and health insurance information.

The state of Vermont recently notified more than 70,000 taxpayers that the online credentials they used to file certain types of tax forms had been exposed on the internet since 2017. State officials say they lacked the tools to tell if the information was downloaded from their systems by threat actors, but they believe the risk of an identity crime is low. However, the State Department of Taxes is recommending taxpayers take precautions like monitoring bank and credit accounts, reviewing credit reports and reporting any suspicious activity to local law enforcement.

Stolen credentials like logins and passwords, like the information breached in Vermont, are currently the number one cause of data breaches, according to IBM. However, that is tied with misconfigured cloud security that leads to data being exposed to the web, as in Front Rush. Misconfigured cloud security generally means that someone forgot to set up a password or other security tool when they configured the database. Stolen physical records and devices ranks five out of ten on the attack scale for the most common attack vectors.

For more information about the latest data breaches, subscribe to the ITRC’s data breach newsletter.

Keep an eye out for the ITRC’s new data breach tracker NotifiedTM. It is updated daily and free to consumers. Businesses that need comprehensive breach information for business planning or due diligence can access as many as 90 data points through one of the ITRC’s three paid subscriptions. Subscriptions help ensure the ITRC’s free identity crime services stay free. Notified launches later this month.

If someone believes they are the victim of identity theft or their information has been compromised in a data breach, they can call the ITRC toll-free at 888.400.5530 to speak with an expert advisor. They can also use live-chat. Finally, victims of a data breach can download the free ID Theft Help app to access advisors, resources, a case log and much more. Join us on our weekly data breach podcast to get the latest perspectives on the last week in breaches. Subscribe to get it delivered on your preferred podcast platform.

Data Breaches in the Healthcare Industry Continue Due to Availability of Valuable... Scroll to top