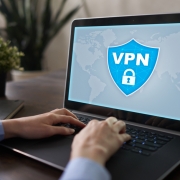 Many security-minded tech users employ a virtual private network (VPN) when they’re online as their own private tunnel on the internet. But, it could be a bit of a disaster if someone managed to break into a VPN provider’s servers and uncover what its subscribers have been up to. That appears to be what happened to one of the world’s most highly recommended providers, NordVPN.

The Impact on Users

In response to the NordVPN breach, the company has issued a statement following online speculation about a breach of its system. Apparently, someone gained access to an expired internal private key, which let them recreate one of NordVPN’s servers on their own system. Some sources have said that the only way this would have been possible is if the hacker had “root access to a container server,” which would have let them uncover a lot of information, but that has not been confirmed by the company. In fact, NordVPN’s statement indicates that no compromising information could have been accessed since the company does not gather, store, or sell its customers’ logs.

While the company assures its users that their login credentials and internet activity could not have been accessed, it’s important to understand that tools like a VPN are only an additional layer of protection. They’re not meant to be the entire fortress that protects your browsing or your identity. Interestingly, two other VPN providers have been mentioned in this same incident as having also been breached, but those have not been confirmed.

Obviously, VPNs are supposed to keep people from being able to see what you do when you’re browsing, shopping, using your financial accounts, and more. Also, they have a special feature that allows you to “reroute” where the internet thinks you’re logging in from. That means someone in one country can use a VPN and appear as though they’re logging in from another country; there are quite a few legal reasons why someone might want to do that.

As such, everyone from privacy-focused parents who want to protect their kids online to journalists who are reporting from deep within a dangerous zone might benefit from a VPN. Business users are especially likely to use one since they can help protect proprietary information, keep sensitive documents from leaking to the public, safeguard new projects, and more.

Keep Up Your Identity Hygiene

Protect yourself online and via mobile by locking down your identifying information, securing everything with strong passwords, and using two-factor authentication when you can. Remember, cybersecurity is often a leap-frogging game of catch-up; as new security tools come to market, hackers find new ways to break into them or abuse them. Therefore, it’s important that you treat all of your security measures as safety nets, not the sum total of your online protection.