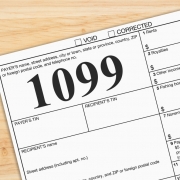 It seems like there is no end to the ways that hackers can attempt to attack victims. From the loss of funds, lost time from work to handle the matter, even a lost sense of safety and security as reported by victims in the ITRC’s Aftermath report, it can feel like one crisis pops up after another. One victim had to seek help over a whole new kind of identity theft attempt, that being income tax documents from a phone fraud attack that, fortunately, was unsuccessful.

A man in Florida received a phone call that someone had used his identifying information to buy two cell phones at a nationally-known cellular store and racked up a $2,399 debt. He spoke with an agent from the company, explained that he was not the customer—nor did he even have any accounts with that company—and they worked together to resolve the issue. Since identity theft is a widespread and well-documented problem, he thought the phone fraud matter was put to rest.

However, the man then began receiving letters about the two phones and their unpaid bills. He called the company again to explain that this was a case of identity theft. Finally, things came to a head when the man received the most unexpected and unwelcomed surprise: a 1099-C form that he was supposed to include in his income tax filing, claiming the cancelled debt from the fraudulent purchase of the phones as considered income.

How can that be? Easy. Companies can file your unpaid debt with the government as extra income you received. After all, if you owe money to a business but do not pay, you essentially kept that money and therefore it amounts to additional income. The issue is that filing a 1099-C is saying “Yes, this debt is mine and I’m being forgiven” when in reality, this is a case of account fraud and the individual should not have to have the debt reflected on their credit reports for the long-term.

“It’s almost like you’re guilty until you can prove you’re innocent,” said the victim.

What’s so strange in this account fraud case is that it was actually the cellular provider who first contacted the man and said they suspected phone fraud. They were the ones to spot suspicious activity and decided it warranted another look for account fraud. Yet after confirming several times that he was not the one who purchased the phones, they sent him the document for him to claim responsibility.

The identity theft victim eventually reached out to a local news station for help after getting nowhere in resolving the phone fraud case. By shining a larger light on it, a reporter was able to speak with a company representative who said the issue would be corrected by dismissing the case and letting the credit agencies know so that the victim’s credit reports are not impacted.

This event goes to show that there is no such thing as being “safe” from identity theft concerns and that even an old incident can have lasting repercussions. It is also proof that account fraud can happen in many different ways.

Unfortunately, it often falls to the victims to advocate for themselves and make sure that all incidents are handled fully. That is why it is important to keep good records of everyone you have spoken with about an incident, note the dates the conversations took place, keep copies of any documents that you have that can provide a paper trail and even file a police report when you know your identity has been stolen. Try using our free ID Theft Help Case log where you can document the steps you’ve had to take in resolving your account fraud and export to a PDF document.

If you believe you have been a victim of account fraud, or identity theft in general, reach out to the Identity Theft Resource Center for free assistance at 888.400.5530. You can also live chat with us. Our expert advisors will help you create an action plan for your case and point you to who you need to contact and what you need to say.