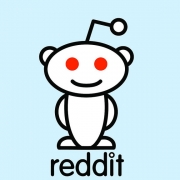 Reddit is a popular-but-controversial website dedicated to forum threads and messaging groups. Think of it as a giant bulletin board at the end of your driveway where anyone can post a new discussion topic, others can respond, but only a handful of people whom you’ve chosen are allowed to come up to the door and talk to you. Unfortunately, the highly anonymous nature of Reddit has allowed it to become a breeding ground for discussions that range from “how to bathe a poodle” to “where to buy illegal items” and other dangerous content.

Reddit has now disclosed that it suffered a data breach in June, and that login credentials were stolen for everyone who signed up for an account before May 2007. A separate compromise at the same time also accessed all of the daily digest emails, which presents a different kind of privacy problem.

The website is one of the largest in the world, so a hacker who pulled off this feat already gets to brag a little among his cybercriminal contacts. However, what sets this one even further apart is that the hacker was able to bypass two-factor authentication to gain access to employee credentials.

Two-factor authentication is an additional layer of security that denies you access to an account until you have two methods of logging in. It might be sending a one-time use PIN number to your phone, for example, which you need in order to log in alongside your username and password. It may also be answering security questions or providing other details to verify your identity.

Given the highly controversial nature of some content on Reddit, the company’s employees were required to use two-factor authentication in the form of an SMS message, or a text message as it’s more commonly known.

Somehow, the hackers intercepted those text messages and were able to log in under the employees’ stolen credentials.

First, the dire warning to the tech community: don’t be fooled into thinking that two-factor authentication will absolutely keep someone out. Yes, it’s been a great shield so far, but this demonstrates that it can be cracked. Previous data breaches that have leaked cell phone numbers may be to blame, as a hacker can port that number to an additional handset and intercept SMS messages.

Next, for Reddit users: the anonymity that you’ve enjoyed so far may be at risk. The hackers accessed the daily digest subscribers’ emails, so if you’ve subscribed to any Reddit subgroups that are topic-specific—especially ones that could have personal consequences if other people found out—there’s a chance your email address could be shared. If your email address has also been used to log into Reddit and post inflammatory, sensitive or otherwise extremely private content on Reddit, it is possible for the hackers to connect those dots and make that information public.

April the Giraffe is Expecting Again! Is She Also Due For a Privacy Checkup...

UnityPoint Breach: an Accidental Inside Job