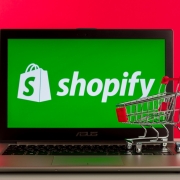 The E-commerce platform, Shopify, is used by online businesses and retail point-of-systems all over the world. One of the most notable companies is Kylie Cosmetics, Kylie Jenner’s well-known make-up company. Kylie Cosmetics is one of an unknown number of merchants, believed to be between 100 – 200 merchants, impacted by a recent Shopify data exposure. While information is still limited, there are important facts and tips for both consumers and businesses to know about this case of an insider threat.

On September 22, Shopify announced that two members of their support team were engaged in a scheme to obtain customer transaction records from merchants. While there is no evidence of the data of the impacted merchants being utilized right now, the e-commerce company says they are only in the early stages of the investigation. Data exposed by the Shopify compromise includes email addresses, names, physical addresses as well as products and services purchased.

According to MarketWatch, the order details do not include financial information like credit card information or additional personal information. Shopify says most of their merchants are not affected, and the ones that are have been notified. They say they will also be updating affected merchants as more information becomes available.

More people are working from home now than ever due to COVID-19, which means remote workers may have more access privileges than usual with fewer security restrictions. The Shopify data exposure is a great example of the dangers of an organization offering employees too much access privilege. Security experts also say that insider threats are growing with more people getting accustomed to working from home.

How Businesses Can Protect Themselves

While only names, email addresses and address information were exposed, consumers affected by the Shopify data exposure could be at risk of receiving phishing emails or other emails that try to target financial information.

What Consumers Should Do

Victims of the Shopify data exposure are encouraged to contact the Identity Theft Resource Center (ITRC) toll-free at 888.400.5530 or live-chat with an expert advisor on our website. Data breach victims can also download the ITRC’s ID Theft Help app to access resources, advisors, a case log and much more.