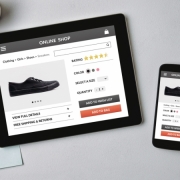 Online clothing reseller, StockX, has admitted that hackers have compromised their customer accounts. StockX, an online platform for reselling high-end shoes and apparel, appears to have suffered a data breach that affected 6.8 million of its customers’ accounts.

However, that is not the newsworthy part of the story. After discovering suspicious activity on its servers that could have indicated unauthorized access, StockX sent out a forced password reset to its customers following the StockX data breach but did not state why. The information in the message requiring users to change their passwords was so vague that some questioned whether or not the email was a phishing attempt.

When a tech industry news outlet reached out to StockX for a comment on the forced reset, they were told that it was part of necessary system updates. However, that seems not to have been true. The same news outlet was later contacted by a hacker who claims to have stolen the customers’ information and posted it for sale on the Dark Web. The hacker went on to provide 1,000 records from the database to prove the StockX data breach was real.

The outlet, TechCrunch, contacted those individuals and verified that the stolen information, which contained their emails, usernames and shoe sizes from previous purchases at StockX, was accurate. At the time of the discovery, the hacker claimed the database of records had already been purchased at least once.

TechCrunch has not received any updates from StockX and their questions have gone unanswered. It is important for the public to be aware of some of the ramifications in the StockX data breach since it could happen with other companies and future data breaches.

Companies actually do force password resets just to be on the safe side. If a security team discovers password combinations from previous data breaches of other companies, for example, they can compare those stolen passwords to ones on their site. If their customers have used the same email and password on this company’s website that they had on a site that has already been breached, that might trigger a forced password reset.

Never reuse a password. The hacker who made off with 6.8 million usernames and passwords in the StockX data breach is hoping that a lot of those people reused their email and password combination on their Amazon account, PayPal account, online banking account or email.

Scammers know that password reset emails are easy to fake. All a scammer has to do is steal the logo from a company’s website, make a fake email address and send it out to millions of people, telling them to click here to change their passwords. Instead, the scammers are gathering up the “old passwords” that the victims typed by following the link.

Customers who were suspicious are very smart. As a result of phishing tactics, it was incredibly savvy of the customers who reached out to the company and tech experts for advice. Never click a link you were not expecting or verify your account information for someone who contacts you.

Change your passwords frequently, especially if you receive a notification like this one in the StockX data breach. It is simple and smart to change your passwords, just do not rely on an email with a link to do it. Go directly to the company’s website yourself and change your password in your profile settings. Ignore and delete the email, whether it was legitimate or not, and handle the password reset yourself.

Poshmark Data Breach Leads to Emails and Passwords Being Exposed