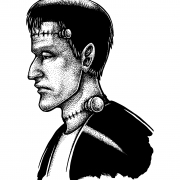 One of the most baffling forms of identity theft and fraud is synthetic identity theft. This crime occurs when a would-be thief assembles an identity from stolen or assumed parts. It might be a name and birthdate gleaned from a computer record, an address made up on the spot, a Social Security number (SSN) concocted or stolen from a database of unissued numbers and an email address that has not been used in years.

According to the Identity Theft Resource Center, the volume of PII exposed in data breaches increased by 126% between 2017 and 2018 to more than 446 million records exposed. Marketplaces on the dark web then sell these breached records and by piecing it together, these random and disconnected pieces of information come alive to create a whole new non-existent person, one that credit reporting agencies and lenders have never heard of.

Much like Frankenstein’s monster, whose body (and therefore its’ identity )was created from various corpses’ parts, this new identity is out there in the world causing chaos and wreaking havoc, and no one knows how to locate it. Unfortunately, the very mechanism that is supposed to stop fake or erroneous credit applications from going through is the actual method criminals use to make it work.

Once they have their Frankenstein identity in hand, the criminal begins filling out applications. These initial attempts get rejected because the creature has no credit history. However, filing an application and having it rejected actually creates the credit report.

After those first failed attempts, one of them goes through and the criminal’s fun begins. By using that new line of credit to make purchases, future credit applications get approved more often and faster.

One of the great conundrums about the story of Frankenstein is the ethics of killing a monster that is not really alive. The same is true of synthetic identity theft. How do you punish a criminal who has not actually stolen anyone’s identity? Of course, purchasing goods in a fake name and never paying for them is a crime, but it does not rank with identity theft in many people’s minds.

The Victims of Identity Crimes

There can actually be a victim, though. First, if the SSN the thief created actually matches someone’s legitimate number, that SSN can be tied to the criminal activity. More commonly, the SSN that was stolen from the list of unissued SSNs and used for synthetic identity theft eventually gets issued to a newborn applicant. This child may now have hundreds of thousands of dollars in debt that was accrued before they were ever born. This is one of the reasons why parents are being cautioned to freeze their children’s credit reports until they are adults.

While the reader is eventually led to feel sympathy for Frankenstein’s monster, all of his crimes aside, no one should overlook the damage caused by synthetic identity theft. As noted in the newest whitepaper by the Federal Reserve, “Detecting Synthetic Identity Fraud in the U.S. Payment System,” Auriemma Group estimates that synthetic identity fraud cost U.S. lenders $6 billion and accounted for 20% of credit losses in 2016. Retailers are stolen from, and a real individual could inherit a mess. There is no such thing as a victimless identity theft crime.

Somebody Has Accessed My Annual Free Credit Report