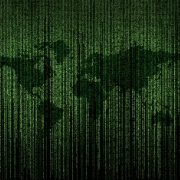 The term “source code” might sound like something from a blockbuster Hollywood cyberthriller, but the reality is far less dramatic. A source code is the complete building block blueprint of any software title, website, or other similar technology, but it’s become something of a sore point for privacy experts thanks to a new international law.

China has enacted a new law that requires developers to provide their source code to the government for any software used within the country. The government says that this move is an effort to prevent hacking and data breaches, but the developers see it as a far more invasive move. Amid concerns over losing control over their products or having their software altered to fit the restrictions the government wishes to impose on its citizens, companies like Microsoft, IBM, and several others are balking at the new requirement.

To put this example in more everyday terms, it would be like a town’s council saying to a cookie baker, “You can’t sell your cookie here unless you give us your secret recipe.” Presumably, the town’s officials are just trying to keep the citizens safe from any harmful ingredients, but at the same time, the baker doesn’t want his money-making recipe in the hands of the city government. What’s to stop the city from opening its own bakery and selling the exact same cookies? Or worse, what’s to stop them from changing the ingredients and pretending it’s still the same baker’s recipe?

No one can argue with the need for better cybersecurity, especially in light of data breaches that exploit security flaws in software and websites. But at the same time, demanding the proprietary information behind the software can seem just as dangerous, at least on the outside. This is just one of the many issues that leave consumers scratching their heads, wondering whom to trust.

For consumers who are trying to protect themselves from both potentially faulty software and perceived government spying, strong antivirus protection and a VPN (Virtual Private Network) can be very useful. Antivirus software goes without saying; it’s a must for every tech user and needs to be updated routinely to protect against the latest threats. A VPN serves as a private tunnel onto the internet that keeps outsiders from spying on their computer use. There are a number of free and inexpensive VPN services that fit different consumers’ needs.