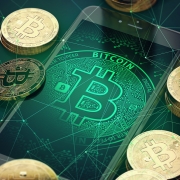 Bitcoin scams come in many different forms. Scammers use different platforms to try and get people to pay them in bitcoin (also known as cryptocurrency or digital money). Bitcoin scams are a popular way for fraudsters to trick people into sending money. Recently, they used Twitter and some of its most notable accounts to target Twitter users.

On July 15, hackers compromised verified Twitter accounts and sent cryptocurrency scam tweets requesting bitcoin donations with the promise of doubling the investments to “give back to the community.” Scammers responsible for bitcoin scams not only aim to steal people’s money, but also collect their personally identifiable information (PII) and sell it to other cybercriminals.

According to Twitter, attackers are believed to have targeted certain Twitter employees through a social engineering scheme. Twitter says the attackers successfully manipulated a small number of employees and used their credentials to access Twitter’s internal systems, including getting through their two-factor protections. While Twitter continues their forensic review, they believe the bad actors may have attempted to sell some of the usernames. The hackers are not believed to have viewed previous account passwords. However, they were able to view personal information, including email addresses and phone numbers.

Twitter says nearly 130 accounts were targeted, and 45 successfully hacked. The Twitter accounts hacked include high profile individuals with verified accounts such as Barak Obama, Kanye West, Elon Musk and Bill Gates. Twitter responded by preventing any blue-check marked accounts from tweeting while security teams responded to the attack. Twitter apologized for the attack; the UK’s National Cyber Security Center, whom Twitter officers reached out to for support, released a statement urging people to treat requests for money or PII on social media with extreme caution.

The recent social-engineering hijack of Twitter accounts highlights a larger issue that has been on the increase since COVID-19 began: the prevalence of cryptocurrency scams. According to the Federal Trade Commission, most bitcoin scams appear as emails trying to blackmail someone, online chain-referral schemes or bogus investment/business opportunities. However, no matter how the scam is executed, a scammer wants the victim to either send money, give-up their PII or a combination of these. Once someone engages, there is usually nothing they can do to get their money back.

The Twitter hack creates a teachable moment – what should consumers do to reduce their risk of falling for a bitcoin scam? It also highlights the need for businesses to ensure their employees are educated on social engineering. This incident proves that even the most technologically-advanced companies are not immune from an employee granting access to bad actors. To avoid a bitcoin scam or other forms of social engineering, people should remember the following:

If someone believes they are a victim of a bitcoin scam or has questions about other scams, they can live-chat with an Identity Theft Resource Center expert advisor. They can also call toll-free at 888.400.5530.

School District Data Breaches Continue to be a Playground for Hackers

Is This an Amazon Brushing Scam?