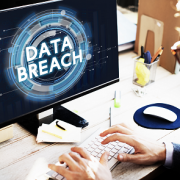 [vc_row][vc_column][vc_column_text]A recent discovery on an internal message board may be a little unsettling: according to Politico, who discovered the internal memo and first wrote about the incident, the U.S. State Department’s unclassified email system suffered a data breach. This event affected only one percent of the organization’s 69,000 employees, but while the classified email system was not affected, the State Dept acknowledges that the impacted employees’ personally identifiable information may have been compromised.

Events like this one are happening with alarming regularity across every kind of business or agency, leading to record-setting year-over-year numbers of data breaches and compromised consumer records. While the State Department’s investigation of the incident is still underway, the internal memo did cite the need for better password security among employees.

Password security is an issue that plagues users at every level and in every industry. There are even websites that track the most commonly used passwords—discovered as a result of data breaches and stolen account credentials—and unsurprisingly, things like “password,” “qwerty,” and “12345678” still top the lists. Of course, a weak and easily guessed password isn’t the only issue; reusing passwords on multiple accounts leads to fraudulent access too. If a hacker uncovers a database of stolen logins for social media accounts, they can access any other accounts that reused those same usernames and passwords.

The U.S. government has been urged to take extra precautions when it comes to cybersecurity, largely due to the fallout and the resulting legislation from the Office of Personnel Management breach that began in 2014 and continued into 2015. Millions of government employees’ complete identities were stolen, along with identifying information for other people connected to those employees (i.e., family members, former employers).

The event sparked the Federal Cybersecurity Enhancement Act, which was signed into law in 2015. It required federal agencies to take more preventive action to reduce the threat of cybercrimes, and to report on their actionable steps. Unfortunately, those security steps have not been implemented across the board. Several U.S. Senators issued a letter to Secretary of State Mike Pompeo earlier this month, expressing their disappointment that the organization has not followed through on enough of the recommended security measures.

Read next: Is Your Bluetooth Tracking You?

When Credit Freezes Over! Scroll to top