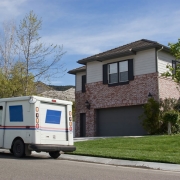 The term “data breach” serves as a catch-all word for any kind of event in which someone entrusted with information—usually for large groups of people, like one’s customers or patients—allows that information to be exposed. While some data breaches are the work of highly-skilled hackers who can access a billion email accounts at once, others could be something as simple as an electrician leaving his work phone behind on a job site, possibly exposing customers’ info.

However, no matter how it happened, who was at fault, or what information was exposed, all data breaches are serious. They carry the potential for someone to misuse information or harm others.

A recently reported data breach of the United States Postal System’s website appears to be accidental, but since about 60 million users’ information were exposed for at least a year, there’s no telling what damage could have occurred…or has already occurred.

This breach involves the website’s API, or “application program interface.” API is computer lingo for the set of parameters that help legitimate users interact with a website. The API was connected to the USPS “Informed Visibility Mail Tracking & Reporting” service, a mail tracking preview program, where the weakness was found. Unfortunately, by exploiting any security holes found in the tracking service, hackers can interact with the API, too.

Here’s what security researchers found: the USPS website was accidentally left “unlocked,” meaning anyone with an account could change the search parameters and find other users’ accounts and information. They could even make changes to those accounts in some cases.

Think of it like this example: pretend you went to a major retailer’s website to look up a pair of socks you ordered two years ago. You go to your order history, type in your name and zip code, and then your order history appears. Now pretend that you could simply change the zip code or the last name, or your city or street address. What would you do if all of the information for every person in your zip code, last name, city, or street address appeared? What if it showed you every single item those people had ever ordered?

That’s similar to what happened here, and there are a few unfortunate issues with this breach. First, the information was never secured in the first place. It was only a matter of time before someone decided to test out different data points. Also, the USPS was supposedly informed of this website problem a year ago. Recently, the person who informed them then contacted Krebs on Security to report that the matter had still not been resolved, and Brian Krebs reached out to the postal service. After he contacted them, the USPS patched the problem and made it stop.

This certainly isn’t the first time a government agency has suffered a data breach. The Office of Personnel Management, reported in June 2015, and the US State Department, reported in September 2018, for example, have both endured exposures of users’ sensitive information. However, that doesn’t make the issue any easier for the consumers who now need to monitor their USPS accounts and make sure that nothing out of the ordinary has taken place.

Is a TURKEY in Charge of your Data Security?