What Does the Facebook Settlement Mean for Consumers
Blog - Latest News 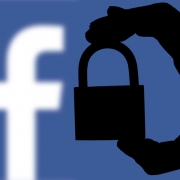 The Federal Trade Commission (FTC) announced July 24, 2019, that they have reached a settlement with Facebook, Inc. The social media giant received the largest fine in history for violating consumer privacy and were ordered to pay $5 billion – roughly 20 times the last largest fine of this kind. This comes less two years after Cambridge Analytica was found using millions of Facebook users’ data that brought the companies privacy practices into the limelight.

As part of the Facebook settlement, the FTC has ordered the company to make changes to their current standards of privacy. The changes will start at the board level – and will trickle down through their executive ranks – including increases in transparency and holding individuals within the organization accountable.

What Does This Mean for Social Media Users?

Just within the United States and Canada, 185 million people use Facebook on a daily basis. This enormous number represents just how integrated the company is in the daily lives of citizens and does not even account for the other Facebook, Inc. entities, like Instagram and WhatsApp.

Social media users should expect to see more updates and changes to privacy policies on Facebook, Inc. applications. Similarly to the last time Facebook updated their privacy policy, other social media companies – like Twitter and Snapchat – are likely to proactively update their standards as well. This means users will probably be receiving emails and in-app notifications of updated privacy policies. It also means they might have more control over the information they choose to make available to Facebook and third-party partners. Identity Theft Resource Center always encourages users to read privacy policies in order to know exactly what companies can do with your data. We also highly recommend reviewing your current privacy settings on all online accounts to make sure you are comfortable with the information shared.

When these changes are expected to roll out is unknown, as Facebook’s settlement with the FTC is a 20-year plan. Likely, initial changes will likely start to happen within the coming weeks and continue to be updated on a regular basis. Users may not see immediate changes to their how they are able to interact with the platform or its sister properties, Instagram and WhatsApp.

On Facebook’s website, the company says this decision has come after months of negotiations with the FTC. The statement also says the settlement will require a “fundamental shift” in Facebook’s approach at every level of the company in terms of privacy and that they hope to be a “model for the industry.”

Requirements of the Facebook settlement include establishing an independent privacy committee, removing CEO Mark Zuckerberg from complete control over decisions that affect user privacy. Compliance officers will be appointed throughout the company that will report to the FTC quarterly regarding the new privacy standards being upheld. Also, third-party assessors will be evaluating Facebook and identifying any issues.

Additionally, Facebook will be required to document cases when data of 500 users or more is compromised and notify the FTC within 30 days of the discovery.

On top of the $5 billion fine from the FTC, Facebook will pay an additional $100 million to the Securities and Exchange Commission (SEC). This fine came after it was discovered Facebook made misleading claims about the misuse of user data. The SEC’s statement said Facebook acted as though the situation were merely hypothetical when they knew the data had in fact been misused. The $100 million fine is the highest penalty to be paid because of this type of lack of disclosure according to the SEC.