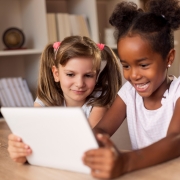 Thanks to a new settlement valued at $170 million, child privacy on the internet just got a little bit safer. The Federal Trade Commission (FTC) just announced the largest-ever settlement of a privacy claim against Google’s YouTube for illegally collecting data on children and using it to target young viewers with advertising. This is the largest agreement of its kind since the Children’s Online Privacy Protection Act (COPPA) was enacted in 1998.

YouTube’s stance on the child privacy matter was that the increase in the number of shared devices among family households and the availability of child-friendly content on its site means more kids might be viewing videos online. However, that does not mean the company is able to determine whether or not the viewer is a minor. If the video played on a screen, regardless of the age that content was tailored for, it may or may not have been viewed by a child.

The FTC stated that YouTube strategically positioned itself with toymakers and other companies to promote advertising on videos that target children, which violates the COPPA law.

As a result of the settlement, not only will Google pay the fine, they will also begin to take steps to prevent targeted advertising and data collection on content that is deemed to be for children. The FTC intends to conduct ongoing “sweeps” of YouTube content to ensure that this happens.

Not everyone with a say in the matter agrees with the YouTube child privacy settlement. There are some lawmakers and FTC officials who feel like this punishment is just slap on the wrist, and that there are no guarantees Google and YouTube will take appropriate action.

For many parents, targeted advertising might not seem like a major issue. After all, there are ads for children’s products and services scattered through the cable television programs that children watch. The difference here is in the intent. While YouTube may have taken steps to ensure that the ads were child-appropriate, they did so in violation of the law. That means other content could contain targeted ads aimed at children while not being kid-friendly if YouTube is not enabling stronger controls and protocols to prevent it.