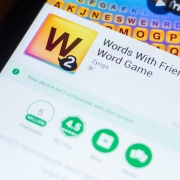 Popular game developer Zynga is the company behind such widely popular apps as Words with Friends, Farmville and Draw Something, but these games are not only popular with smartphone users. A well-known hacker named Gnosticplayers has claimed responsibility for stealing the login credentials for around 200 million Android and iOS users who had downloaded those and other games.

These games allow users to find friends online and play long-distance games, as well as to engage in fun challenges with strangers within the safety of the app. Unfortunately, a hacker was able to inject themselves into the system that controls things like usernames, passwords, email addresses and any Facebook accounts that were connected to the app in order to speed up login as part of the Zynga data breach.

While the hacker did not necessarily grab any highly-sensitive information, the information that was stolen in the Zynga data breach can easily be used for malicious purposes. These include spam emailing, scams and phishing attempts. Of course, any users who reused a password on their apps, meaning one that they use on other unrelated accounts, may have put those other accounts at risk as well.

Zynga is urging all of its users who downloaded these apps prior to September 2019 to change their passwords immediately. If you connected the app to your Facebook profile, it is a good idea to go into your settings and remove that connection, then change your Facebook password just to be safe.

In the future, there are two really important things you can do to minimize the risk from this kind of attack like the Zynga data breach.

First, never reuse a password or use one that is easily guessed.

Second, avoid connecting your apps, especially frivolous ones like games, to your social media accounts.

It might make it easier to login and you can post updates on how many levels you have beaten at some random three-in-a-row game, but you are also opening yourself up to possible harm.